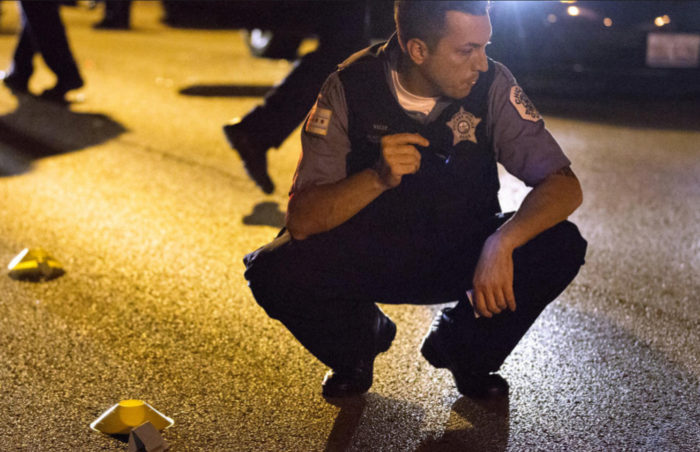 Thank you, Supt. Johnson, for your candor. You are clearly the hardest working man in Chicago. Who can take Black Lives Matter seriously, when this doesn’t phase them at all?

Thirteen people were shot to death in Chicago over the Labor Day weekend as the city logged its 500th homicide of the year.

Thirty-one of the 65 people shot over the long weekend were wounded between 6 a.m. Monday and 3 a.m. Tuesday. Nine of the fatal shootings occurred over that period.

Among those shot was Crystal Myer, who was nine months pregnant and was wounded in the abdomen on the same block where someone had been killed less than 20 hours earlier. No information on the baby was available. A man she was standing near was left in critical condition in the same shooting around 3:30 p.m. in the Back of the Yards neighborhood.

Farther south, a retired pastor from East Chicago, Ind. was shot to death outside a senior housing complex in the South Shore neighborhood around 6:30 a.m. Monday.

Police say the man was found dead, shot in the face outside the Senior Suites of Rainbow Beach near 77th and Exchange around 6:30 a.m. Monday. Residents identified the man as Allen H. Smith and said they heard him arguing with another man before shots were fired. More