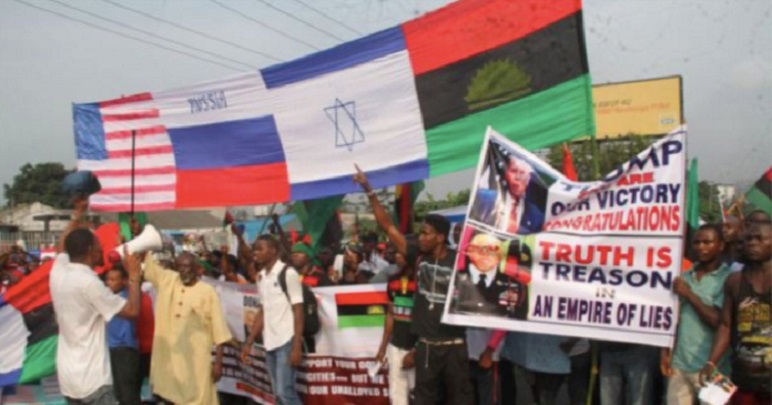 In clashes with police?

There are conflicting reports, but that’s horrific, if true.

A Nigerian separatist group says the death toll has risen to 20 after a demonstration in support of U.S. President Donald Trump turned into clashes with police.

Friday’s demonstration in southern Rivers state was organized by the Indigenous People of Biafra, which wants Trump to support the creation of an independent Biafran state for the Igbo people.

Member Ugochukwu Chinweuba said Saturday that lawyers were working to locate and release those arrested by police. He said more than 200 people remained missing.

Nnamdi Omoni, a spokesman for Rivers state police, denied that anyone was killed but said 65 people had been arrested.

Neither of the competing accounts could be independently verified.