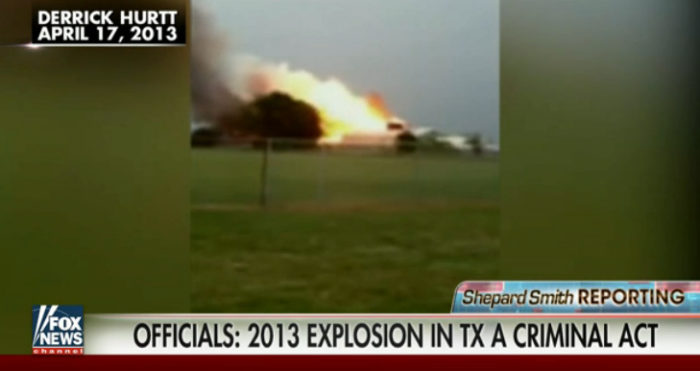 The ATF government agents are super fast at their work. It only took them three years to figure this out.

Officials launched a hunt Wednesday for possible criminal suspects in the 2013 explosion that killed 15 people at a fertilizer plant in West, Texas, after announcing the fire that triggered the blast was arson.

The Bureau of Alcohol, Tobacco, Firearms and Explosives announced a $50,000 reward for information. Officials said they had made no arrests.

The fire at the West Fertilizer Co. facility in April 2013 caused ammonium nitrate to ignite, triggering a massive explosion that killed 15, injured hundreds more and left part of the small town in ruins.

ATF officials in Houston said they conducted more than 400 interviews and that the investigation had cost some $2 million dollars. More