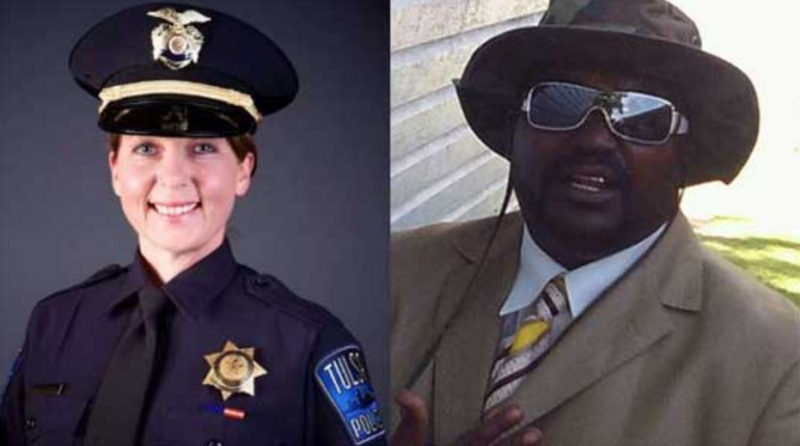 A police officer has just a split second to make a decision and when a suspect is ignoring direct orders there may be reason to believe he may have had bad intentions. I’m going to withhold judgement until all the facts are out in the open.

Officer Jeanne MacKenzie told the Tulsa World that the account was taken down because the agency has received a “large amount of threats.” MacKenzie said the Tulsa Police Facebook page would remain online but that its review section, which allows users to rate it between one and five stars, has been disabled for the same reason.

Rev. Al Sharpton is considering the best time to come to Tulsa after Terence Crutcher’s father on Tuesday asked him to “help secure justice on behalf of his son,” according to a news release. More

A police spokesman says Tulsa, Oklahoma, officers found the drug PCP in the vehicle of an unarmed black man who was shot to death by a white officer last week.

Tulsa Police Sgt. Dave Walker confirmed to the Tulsa World that investigators recovered a vial of PCP in Terence Crutcher’s SUV. Tulsa police officer Betty Shelby fatally shot Crutcher on Friday while responding to a report of a stalled vehicle.

Police say Crutcher did not have a gun on him or in his vehicle, and video footage of the shooting showed him walking toward his SUV with his hands in the air.

At a press conference Tuesday, attorneys representing Crutcher’s family said they did not know whether drugs were in Crutcher’s vehicle. But attorney Damario Solomon-Simmons said even if drugs were present, Shelby still had no justification for shooting the man because Crutcher did not pose a threat. More

Tulsa, Oklahoma – Tulsa Police Department held a press conference on Monday where they released video of the Officer Betty Shelby shooting Terence Crutcher. The internet is already blowing up over the incident and spreading misinformation.

On September 16th, 911 callers reported that Terence Crutcher’s vehicle was running, blocking the middle of the street, partially taking up both lanes, with the driver’s door open. A 911 caller said that Crutcher ran from the vehicle saying that he thought it was going to blow up.

Officer Betty Shelby later came across the car, apparently abandoned in the middle of the roadway. Officer Shelby later called on the radio that she was out with a subject (Crutcher) who wouldn’t show her his hands, and other officers began to respond

Helicopter video starts with Crutcher back by Officer Shelly’s car. In the video, you can see Crutcher walking back towards his car with his hands in the air, ignoring commands from officers. Crutcher got back to his vehicle as other officers arrived to assist. Officer Tyler Turnbough deployed his Taser on Crutcher and Officer Shelby then shot Terence Crutcher.

After Terence Crutcher fell, officers on scene did not immediately take Crutcher into custody or attempt to render aid for around two minutes. Crutcher died of his injuries. It was later determined that Crutcher was not armed. More