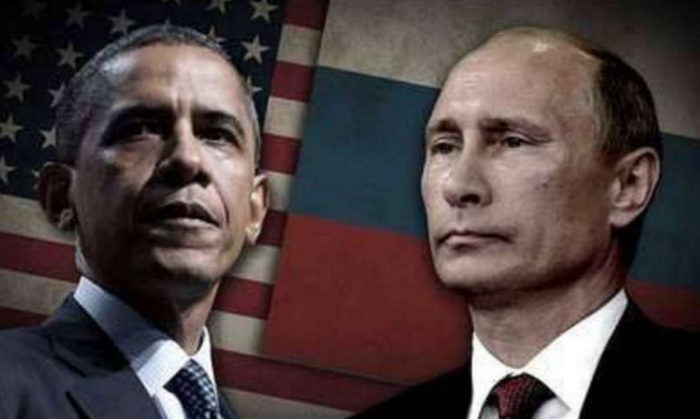 This petty little man is working overtime to create as many foreign relation nightmares for Trump as he possibly can. He’s poking some really big bears.

WASHINGTON – President Obama made the extraordinary decision to expel 35 Russian diplomats in retaliation for what he claims were cyber hacking attempts by their government aimed at the U.S. presidential election, even though he has presented no evidence that it happened.

A senior U.S. official said on Thursday afternoon that the Russian diplomats have been given 72 hours to leave the United States.

The official also said the U.S. has closed two Russian compounds in New York and Maryland.

The Russian government immediately slammed the move, calling it “unjustified and illegal under international law” and belittled Obama’s foreign policy as “unpredictable and even aggressive.”

Russia promised to retaliate with an “adequate, reciprocal” response “that will deliver significant discomfort to the U.S. side in the same areas.”

U.S. officials claimed the series of retaliatory measures were in response to Russia hacking and leaking information to help President-elect Donald Trump.

Julian Assange, whose group WikiLeaks published emails showing the Hillary Clinton campaign in a bad light, has denied he obtained them from Russia. More