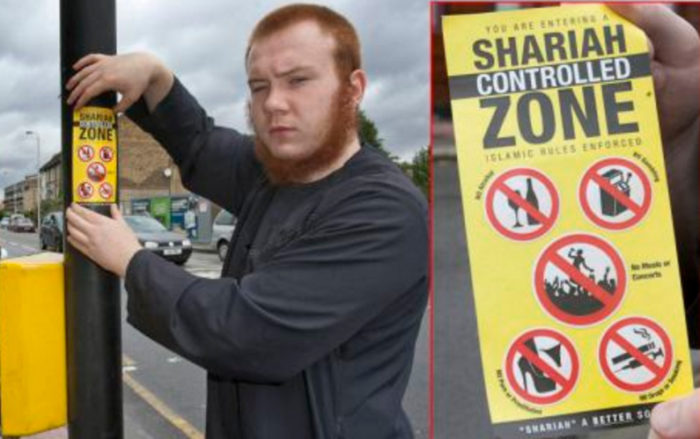 Sweden’s school test scores are plummeting. Gang rapes are rampant. People are just plain afraid to complain about Muslims. If they do, they are called racists. They can be fired or lose their business. Why, because Sweden has prided itself for many years in being able to accept immigrants and learn from them. But it’s different now. Muslims don’t assimilate at all unlike previous immigrants.

These videos will shock you. When you think of Sweden, do you think of Muslim gangs roving the streets in “no-go zones” lobbing hand grenades at warring migrant tribes? Do you think of Muslim men raping so many Swedish women, girls, men and boys, that it has now earned the designation as the “rape capitol of the world?” Do you think of children being taken from their homes for the crime of being homeschooled by their parents? Do you think of a nation of spoiled “everyone gets a trophy” children? Do you envision a nation where parenting your children is now considered “taboo?”

How has the mass migration of Muslims to Sweden worked out for them?

Sweden can be proud today to have shed its long standing reputation as ‘the most boring country in the world’. The Nordic state finds itself in the grip of a terrifying crime wave instead, which even ‘new Swedes’ describe as like “being back in Syria”.

Grenade attacks in multicultural paradise Malmö are now so commonplace the English-speaking media has all but stopped bothering to report them. Compounding the apparent disinterest in the descent of beautiful, historic Malmö into a third-world ghetto where native Swedes are very nearly in the minority, is a striking dearth of facts about what is actually going on there.

Did you know that it’s ILLEGAL to home school your child in Sweden? So much for tolerance. You must learn what the state teaches you or you will be severely punished.

It’s been called one of the worst cases of government abuse ever committed against a home schooling family: the abduction by Swedish authorities of Domenic Johansson, a happy, healthy, 7-year-old boy taken from his parents Christer and Annie Johansson in 2009 as they waited to leave Sweden on a flight to India. More