Dick Morris said that it appears the information taken from these computers ended up going to the Muslim Brotherhood. This scandal might take down a large part of the leftist machine. The implications are truly huge.

TDC: Three Pakistani brothers who managed the IT affairs for several Democratic government officials were relieved of their duties in February on suspicion that they accessed specific computer networks without permission, also known as hacking. 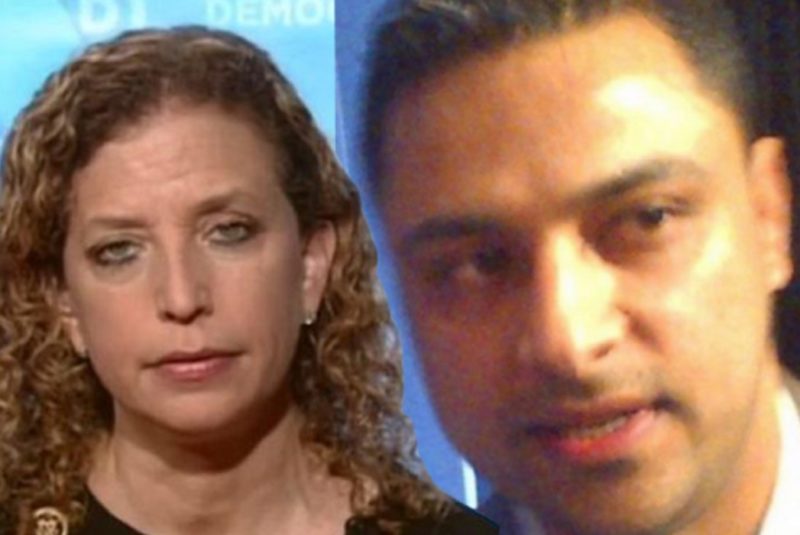 Most of the House Members fired the Awans subsequently. Only Debbie Wasserman Schultz kept Imran Awan on the pay roll up to the day he got arrest for Bank Fraud after trying to flee the country.

The rest of the family fled since months to Pakistan along with hundreds of thousands of tax-payer money they mysteriously were able to wire.

Democrats were willing or unwillingly compromised by the Awans and Sensitive Information leaked to foreign Enemies!  (Muslim Brotherhood – Yemen Raid with dead soldier for example?) Many of them have Seats on Committees that handle highly sensitive information.

According to Redditt — Imran Awan is now released with an GPS ankle monitor until his preliminary hearing on Aug. 21.
I suggest we keep the pressure up and push this story until Trey Gowdy subpoenas each and everyone of these Democrats.
Maybe contact/send the pic or links to local media if your District or State is in this list. SHADILAY! If kek wills it we will succeed and DRAIN THE SWAMP SHIT SEWER

Here is the complete list of 30 Democrats who hired the Awan brothers for IT services:

CNN: Trump Is Helping MS-13 By Cracking Down On Them (Video)