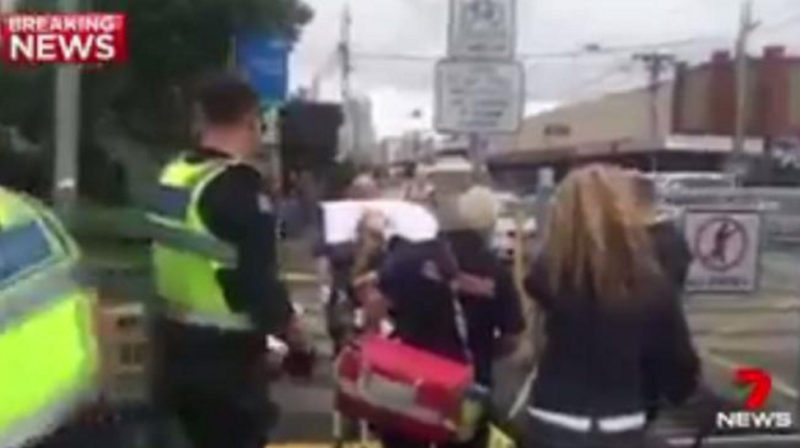 FOUR women have been rushed to hospital in Melbourne after a man brandishing a knife pushed them “right in the path of an oncoming train” a witness has said.

On Sunday morning, a man allegedly went on a stabbing spree at Glenhuntly station in the city’s south east and pushed passengers onto the tracks.

Victoria Police have said a man attacked the women at around 11am and stabbed a handbag one of the women was carrying.

It is believed the knife then broke in half after which the man assaulted all four women and pushed them off the platforms and onto the tracks. More