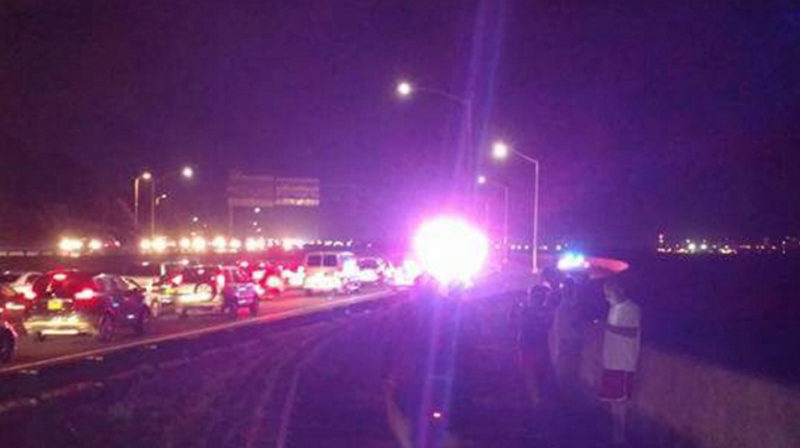 The only question that remains is…  How many of them are moderates?

As many as five people were taken into FBI custody Sunday night in connection with Saturday’s explosion in Manhattan’s Chelsea neighborhood, following a traffic stop on the Belt Parkway in Brooklyn, just off the Verrazano–Narrows Bridge, which connects the New York City boroughs of Brooklyn and Staten Island, law enforcement sources tell ABC News.

According to The Associated Press, the individuals were taken to an FBI building in lower Manhattan to be questioned.

The FBI may be looking for additional suspects, the sources tell ABC News.

As ABC News previously reported, multiple law enforcement officials tell ABC News that investigators are exploring the possibility the two explosions in New York and New Jersey are linked to the same bomber or bombers by what appear to be similar types of cell phones.

And on Sunday night, multiple law enforcement officials also told ABC News that police would like to talk to a male seen on surveillance images recovered from both 23rd Street in Manhattan, where the explosion occurred, and a few blocks uptown on 27th Street, where a secondary device was found. More

Obama Lectures GOP On Work Ethic... Then Leads By Example