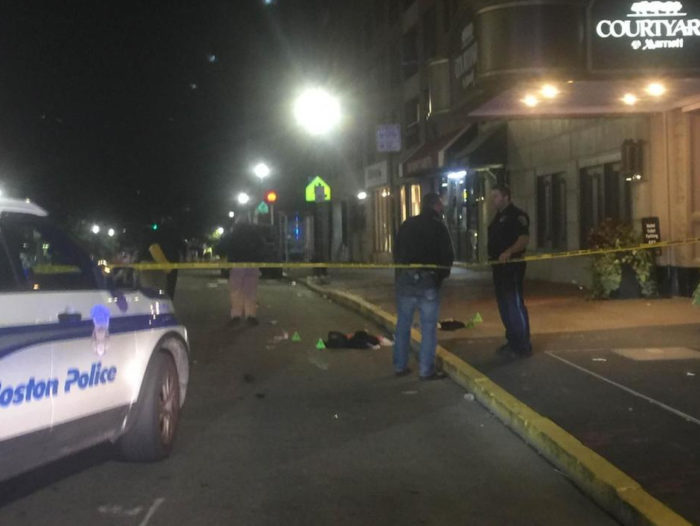 It seems like the violence is coming at us now almost every hour now. If they have suspects, why are there no descriptions?

Six people were stabbed early Sunday on Tremont Street in the Theater District.

One of those wounded is critical and in surgery, police said.

Boston Police Superintendent Bernard O’Rourke said police have identified a suspect. Emerson College sent an alert to its students stating that two suspects were at large.

Police responded to the scene around 2:15 a.m., according to O’Rourke. The area has a fair amount of bars and clubs that close at 2 a.m.

Upon arriving for a report of a fight, officers came across stabbing victims, the O’Rourke said.

Some of the wounds were knife wounds, others were because people were stabbed with bottles, O’Rourke said.

The college, which has a number of facilities nearby, sent an alert to its students early Sunday, asking them to report any “suspicious activity.”

According to Emerson’s e-mail alert, two suspects remain at large. A police spokesman, however, said that one victim, “did survive some wounds,” is believed to be the suspect. More