I can’t imagine how awful the families of the dead feel losing a loved one, but this keeps getting worse for them. Not only was the kid a ticking time bomb who should have been nabbed long ago, but now 4 deputies didn’t engage during the shooting.

Simple question for the cowards that refused to go in. Did you decide to stand down on your own, or were you directed to?

Today I sent the following letter to @FLGovScott Asking that he suspend Broward County Sheriff Scott Israel for incompetence and dereliction of duty. I was honored to be joined by 73 Republican colleagues. You can read the letter attached here. pic.twitter.com/exZVwGQ3DR 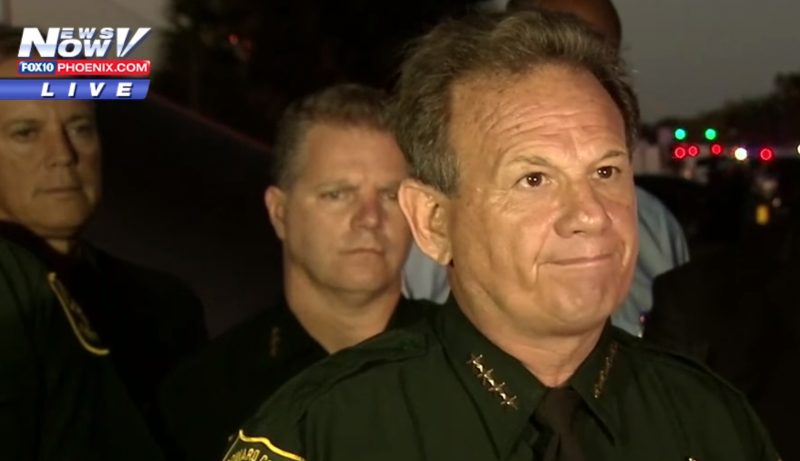 “The Florida Constitution gives you the power to suspend a sheriff for ‘malfeasance, misfeasance, neglect of duty [or]incompetence,” Corcoran wrote. “I am requesting that you immediately exercise this power and suspend Sheriff Scott Israel of Broward County for incompetence and neglect of duty.” More

Sheriff Israel MUST be held accountable for his inability to do his job properly!!

Sure America expects emotional Liberals to support #BrowardCowards Sheriffs whose weak knees contributed to the death of 17 school children… and blame the NRA… liberalism is truly a mental disorder! pic.twitter.com/L2C5prVNFC

You https://t.co/kdq4F6reSb like blaming inanimate objects instead of those who failed to do their jobs

I don’t care what side of the debate you fall. This was an absolute failure from Sheriff’s department. The 17 dead kids are on their heads. JR ROTC kids gave their lives and we’re braver than “trained” professionals.

Suspend? How about fire?!

Needs to resign. Buck stops at upper management. Know what is going on. Must follow up with employees on a daily basis. No excuses!!