ABC’s fake news story dips the stock market. Did this just put ABC in the running for the Fake News Trophy proposed by President Trump? How can CNN even compete? Look out CNN & NBC here they come!

Stocks crashed by 350 points on Friday following a report by Brian Ross at ABC News that that General Michael Flynn, the former national security adviser, would testify that he was directed to make contact with Russians during the presidential campaign in 2016. 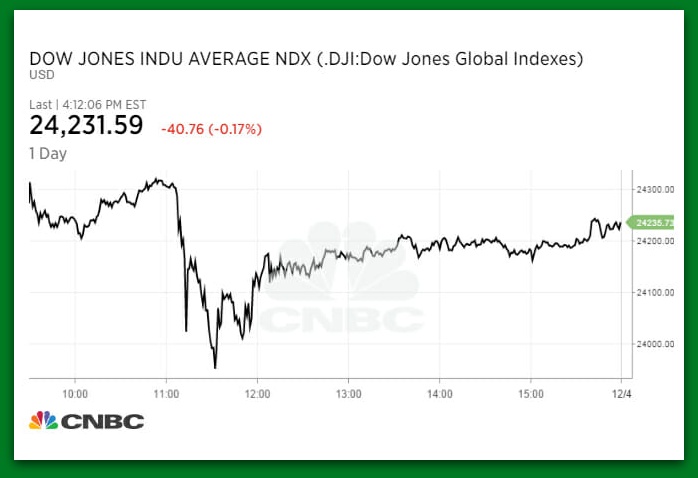 But on Friday evening ABC News corrected their explosive special report that aired in the morning saying that Donald Trump, as a candidate for president, had asked Michael Flynn to make contact with Russians.

The mistake cost investors billions and it was #FakeNews.

This was all fake news. 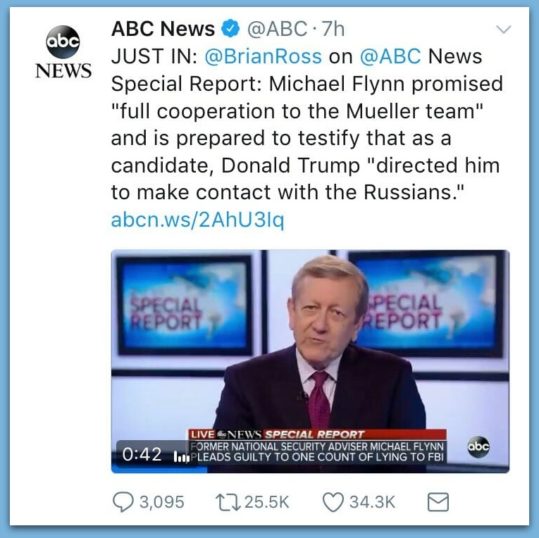 This was not the first time Brian Ross has messed up.