This is one stupid move on ABC’s part. It’s time to boycott ABC and any other channels that wish to be intolerable snowflakes!

This was one of the best nighttime shows on TV, the cast was great and seem to work well together. I hope Tim Allen does another TV Sitcom in the near future.

This was actually a very funny show. It was a new version of All in the Family with a conservative dad, a liberal son in law and daughter. It tackled many hot-button issues in a funny and very often meaningful way. 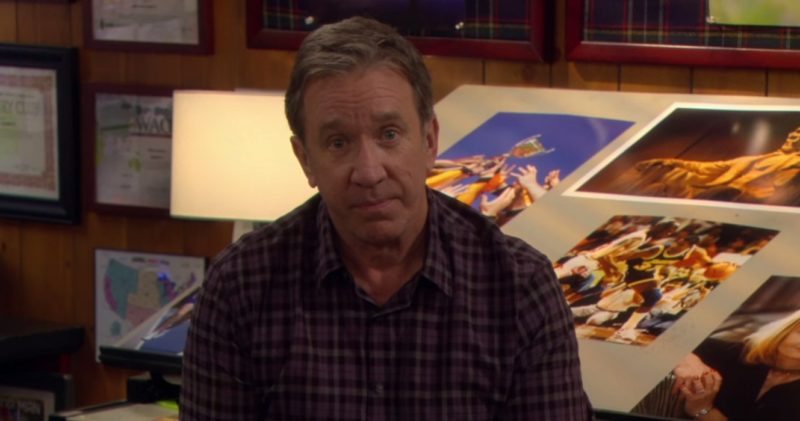 100%FedUp: Censorship of conservative views in the media and entertainment business has reached a fever pitch…

ABC announced it has canceled Allen’s show after six seasons.

“This was a scheduling decision,” wrote Jori Arancio, senior vice president of ABC Entertainment and ABC Studios, in an email sent to Fox News on Friday.

According to Deadline, ABC and its production partner for the show 20th Century Fox TV typically negotiate licensing fees prior to each season, however the network simply decided to pull the plug.

A rep for 20th Century Fox TV told us cancellation decisions are made by ABC. –FOX News

In December, 2016, Tim Allen is took on “microaggressions” in one of the episodes of ABC sitcom “Last Man Standing.”

In an installment entitled “Precious Snowflake,” Allen, who plays conservative family man Mike Baxter, goes head-to-head with his daughter Mandy over the issue on college campuses:

The cancellation came as a shock for many fans considering the show’s high ratings. Deadline reports the sitcom was the network’s second-highest comedy this season and averaged 8.1 million viewers, just behind “Modern Family,” which averaged 8.7 million viewers this season and was recently renewed for two more seasons. It was also ABC’s third highest watched scripted series behind “Grey’s Anatomy” and “Modern Family.”

I am so upset that #ABC has decided to cancel Last Man Standing because Tim Allen is conservative. It’s funny. #nomoreABC

Infuriated that @ABCNetwork is cancelling #lastmanstanding despite high ratings and viewership! I can find entertainment on other networks.

Tim Allen recently told Jimmy Kimmel that he had to “be careful” around “intolerant liberals” in Hollywood: