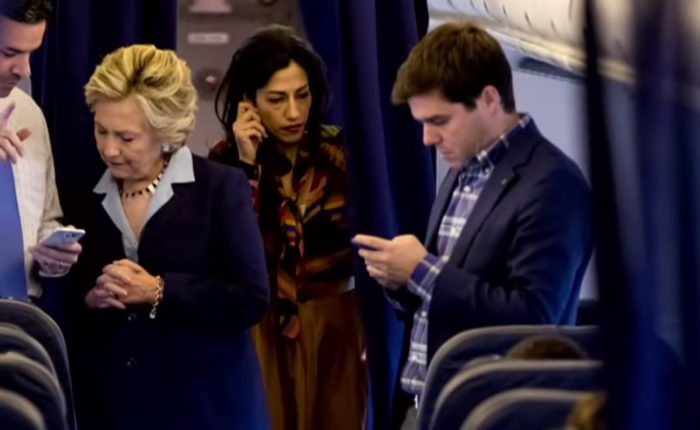 The documents were obtained in response to a court order from a May 5, 2015, lawsuit filed against the State Department (Judicial Watch, Inc. v. U.S. Department of State (No. 1:15-cv-00684)) after it failed to respond to a March 18, 2015, Freedom of Information Act (FOIA) request seeking: “All emails of official State Department business received or sent by former Deputy Chief of Staff Huma Abedin from January 1, 2009 through February 1, 2013 using a non-‘state.gov’ email address.”

On March 12, 2009, Sid Blumenthal, former aide to Bill Clinton and confidant of Hillary Clinton, sent Mrs. Clinton a memo about Northern Ireland that was classified CONFIDENTIAL and the details were withheld from release under FOIA Exemption B1.4(D) (dealing with foreign relations or foreign activities).

On February 27, 2009, Ambassador Melanne Verveer sent Clinton a briefing memo/email on discussions she held with Congolese officials, which was classifiedas CONFIDENTIAL and withheld under FOIA exemption B1.4(D).

On January 22, 2010, Deputy Chief of Staff Jake Sullivan sent an email about a call to Chinese Foreign Minister Yang to several State Department officials. It contained information classified as CONFIDENTIAL by State and exempted under FOIA Exemption B1.4(D). It was forwarded to Abedin’s unsecure email account. The email had an attached memorandum of the Clinton-Yang call. State Department official Courtney Beale subsequently tells Assistant Secretary Todd Stern that she had sent that memo previously to him on the “high side” [i.e., via secure email channels].

A number of emails show the free flow of information and requests for favors between Clinton’s State Department and the Clinton Foundation and major Clinton donors.