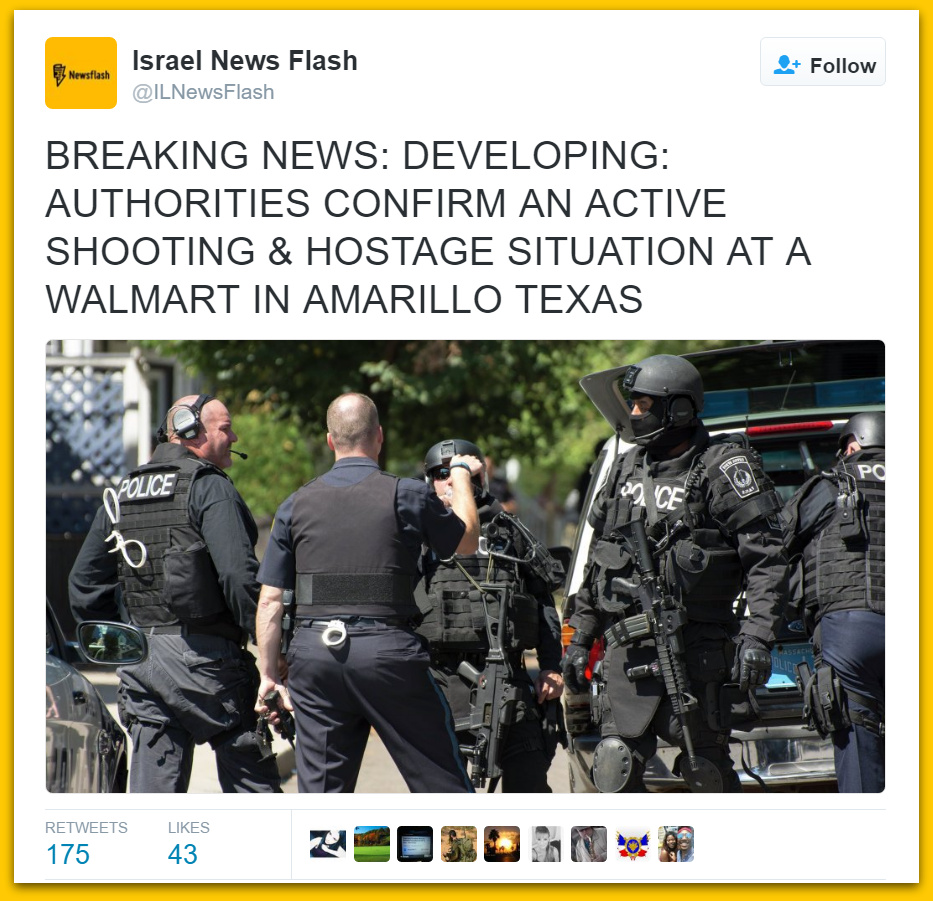 Shooter Somalian employee of the store. No injuries, but in progress.

AMARILLO, TX (KFDA) – The Amarillo Police Department is reporting an active situation at the Amarillo Walmart at 4215 Canyon Drive. Early reports indicate an armed man is inside the store.

APD and several other agencies including DPS, Amarillo Emergency Management and Randall County are on scene. There are unconfirmed reports of a possible hostage situation. Police are searching for a Somalian man wearing Kakhi pants.

Police are shutting down I-27 & Georgia Northbound frontage road. Police are asking motorists to please avoid the area so that officers can focus on the scene and not traffic.

NewsChannel10 has multiple crews on the scene and will report details as they become available.

Orlando Terrorist Used A Sig Sauer MCX… Not An AR 15