This is going to get ugly… The lunacy and idiocy of these liberal fools almost defy belief. The Great Awakening is going to steamroll their worlds… watch for pajama boys on both coasts to go from denial to suicidal in rapid fashion.

Another day, another lie Rep. Adam Schiff (D-CA) is tangled in. According to Fox News‘ Catherine Herridge, FBI officials could not identify any errors in the “shocking,” FISA abuse memo set to be released. Schiff has previously branded the four-page document drafted by House Intelligence staffers as, “misleading and inaccurate.” 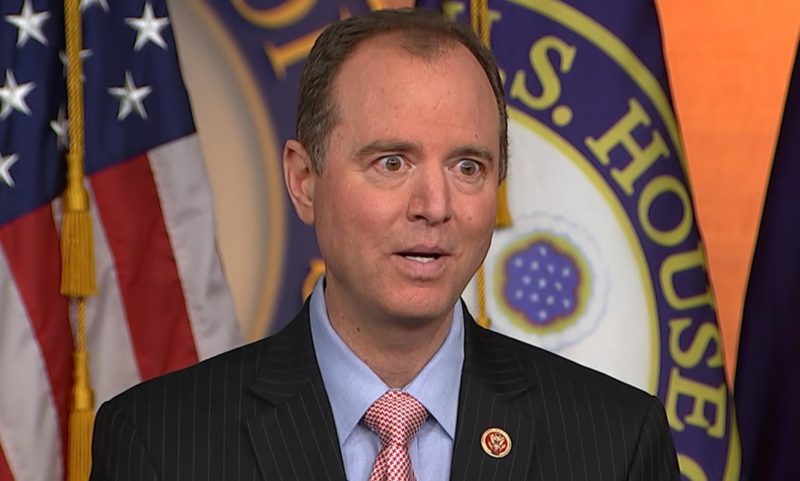 FOX News reports: Two senior FBI officials have now reviewed a controversial Republican staff memo alleging abuses of government surveillance programs during the 2016 presidential campaign, a source familiar with the matter told Fox News – adding that the officials “could not point to any factual inaccuracies.”

The two officials – one from the bureau’s counterintelligence division and the other from the legal division – followed up after an initial review of the memo during a rare Sunday trip to Capitol Hill by FBI Director Christopher Wray. […]

The FBI offered no comment to Fox News regarding bureau officials’ review of the document. Senior DOJ officials also had the opportunity to review the memo at DOJ headquarters on Monday.

In a recent statement to the press, Schiff said releasing the memo would, “grant House Members access to a profoundly misleading set of talking points drafted by Republican staff attacking the FBI and its handling of the investigation.”

Schiff’s position on the memo has been nothing short of “Schiffty,” having first branded the memo nothing more than Republican propaganda, then claiming the document shouldn’t be made public because Americans wouldn’t understand it, to announcing House Intelligence Democrats would be releasing a “counter-memo.”

Rep. Trey Gowdy (R-SC) joined “Fox & Friends,” Tuesday and hinted why Schiff might be in panic mode over the memo.

“Look, my Democratic colleagues didn’t want us to find this information,” Gowdy told the hosts of “Fox & Friends.”

“They did everything they could to keep us from finding this information.”

The memo’s release is set to be especially “embarrassing” for Schiff, said Gowdy, “once people realize the extent to which he went to keep them from learning any of this.” Read more at TGP.

Video: Sen Hawley Has NO Patience With Energy Sec Talking Points
May 20th, 2022 The Lid