These black masked thugs are worse than animals. Anyone “giving them space” must also be held accountable. This is a magnificent take down of Paul Ryan. She speaks for millions of Americans. Paul Ryan totally disgusts me!

TGP: The Conservative media closest to the grassroots have been covering the violent acts of Antifa for months. After this weekend at Berkeley, even the likes of MSNBC’s Joe Scarborough can no longer ignore how violent Antifa is towards Trump supporters, mainstream media reporters, and police. 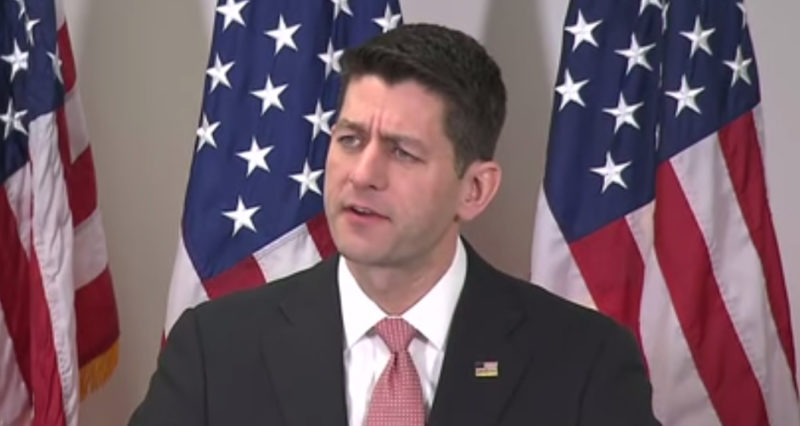 Is the tide turning? An Air Force veteran hopes such is the case but wants to make sure Speaker Paul Ryan knows that his support of the group will not be soon forgotten.

Two days after the violence in Charlottesville, Ryan posted a Facebook update in which he lashed out at Donald Trump for saying that both sides were responsible for violent unrest.

“There are no sides,” wrote Ryan. “There is no other argument. We will not tolerate this hateful ideology in our society.”

Ryan has failed to condemn Antifa despite the group’s many violent attacks on Trump supporters, the vast majority of whom are not neo-nazis or white supremacists.

An anonymous Air Force veteran has responded with a powerful letter which warned Ryan that Trump supporters were perfectly willing to vote him out of office.

“After all the times you’ve seen Antifa attack people who were peacefully demonstrating, how can you call them anything but what they are – domestic terrorists?” asked the vet.

“This weekend in Berkeley is a classic example of the MANY times Antifa has attacked conservatives. Why do you legitimize domestic terrorism by not calling it what it is?” the letter continues.

Someone all too familiar with Antifa’s violent conduct is Joey Gibson, the organizer of the Patriot Prayer Group. The organization describes itself as an activist group that uses the power of love and prayer to fight the corruption both in the government and citizen levels that seek to gain power through division and deception.

On Sunday a few members of the Patriot Prayer Group went to Berkeley, California where they were greeted by hundreds of Alt-left Antifa protesters.

Joey, who is Japanese-American, was chased, beaten, pushed, punched and beaten by the far left mob.

Then he was arrested after he ran at the police… for protection!