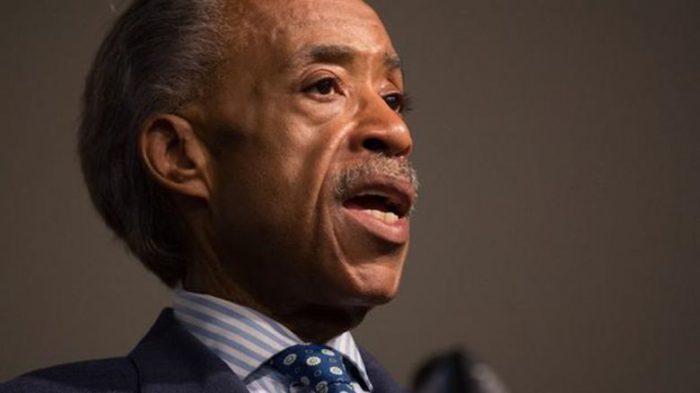 Al Sharpton is part of the problem in America. We have all these leaders dividing the country and playing the blame game on certain groups of people.

During his weekly rally in Harlem on Saturday, Al Sharpton called out the NRA for remaining silent about the police shooting deaths of Alton Sterling and Philando Castile, two black men who he said were both legally carrying guns when they were killed.

“Both of them were killed by police based on, ‘They had [a]gun,'” Sharpton said. “Now, I missed the NRA coming out and defending the gun rights they legally had. Where is the NRA now? Where is [NRA president] Wayne LaPierre now? Do you have a Second Amendment right, or did you not get down, Mr. Pierre, to the 14th, 15th and 16th Amendments? Maybe you mean the Second Amendment [is]for whites only.”

On “Fox and Friends” this morning, David Webb said that the NRA is concerned about the Second Amendment rights of all Americans, pointing out that he’s a card-carrying member of the organization and an African-American.

Webb said that Sharpton is an “idiot” who’s becoming irrelevant with the rise of the Black Lives Matter movement, so he’s grasping at straws and attempting to find a “bogeyman” to go after.

That’s why he’s singling out the NRA and turning it into a race issue, Webb said.

“This man is a racist, he’s a race-baiter, and he wants to be in the conversation,” Webb stated. “He does nothing to bring you a solution.”

Webb added that Sharpton’s criticism of the NRA is incorrect in the first place, because Sterling was not carrying a legal gun when he was killed by police.

“What the NRA advocates for is that all Americans – especially blacks in poor communities like Chicago – they need to be able to protect themselves,” Webb stated. “Here’s my [NRA] card. No black requirement here. No white requirement. Al Sharpton’s an idiot. He needs to be irrelevant to the American people.”