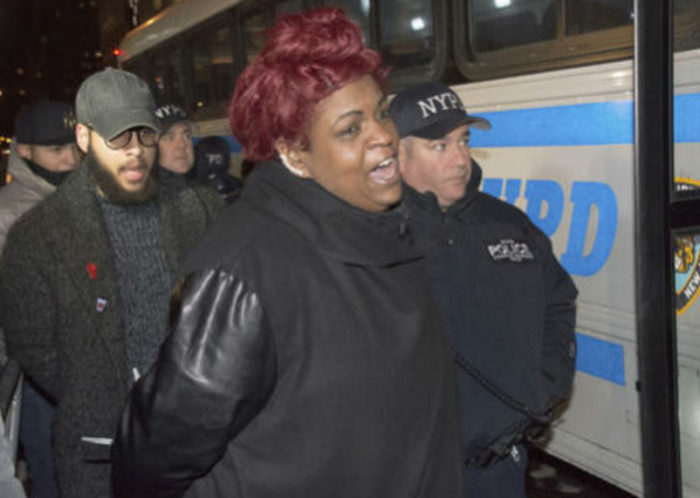 This rotten apple didn’t fall far from the tree.

Al Sharpton’s daughter and Eric Garner’s mother were both arrested Tuesday night during a protest outside of Trump Tower against the president’s Supreme Court nominee, Judge Neil Gorsuch.

“In an act of civil disobedience and in the tradition of Dr. Martin Luther King, Jr., Eric Garner’s mom and others were arrested tonight … over President Trump’s SCOTUS nominee Neil Gorsuch,” Sharpton’s spokeswoman, Rachel Noerdlinger, said in a statement, according to the New York Post. More