Do liberals want people to forget the past so they can repeat it over again?

It’s about time somebody stood up for preserving history, even when it may be painful to some. Hiding it only makes it easier for it to happen again when those who don’t know their history make the same mistakes. We cannot and should not try to erase history!

Alabama lawmakers of Friday approved sweeping protections for Confederate monuments, names, and other historic memorials, as some Southern cities rethink the appropriateness of keeping such emblems on public property. 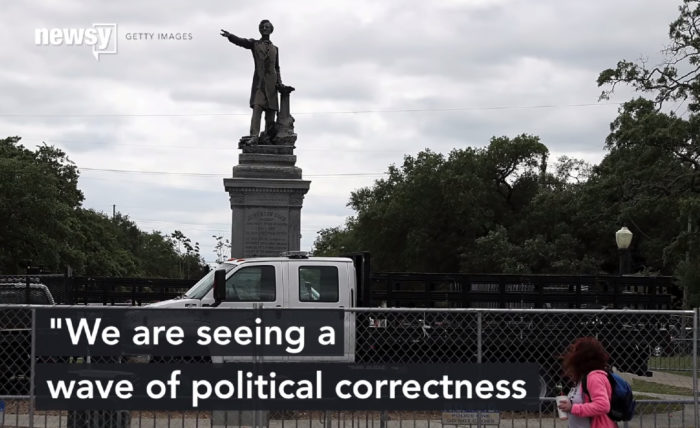 The measure “would prohibit the relocation, removal, alteration, renaming, or other disturbance of any architecturally significant building, memorial building, memorial street, or monument” that has stood on public property for 40 or more years,” it reads. Changes to names or memorials installed between 20 and 40 years ago would need permission from a new state commission.

African-American lawmakers opposed the bill at every step of the legislative process, saying argued that solidifies a shameful legacy of slavery.

Supporters argued that the measure should protect all kinds of history — not just Confederate symbols.

Sen. Gerald Allen, the bill’s Republican sponsor, criticized what he called a “wave of political correctness” wiping out monuments to people he said were historically significant even if they had their personal flaws. Read more on FOX News.