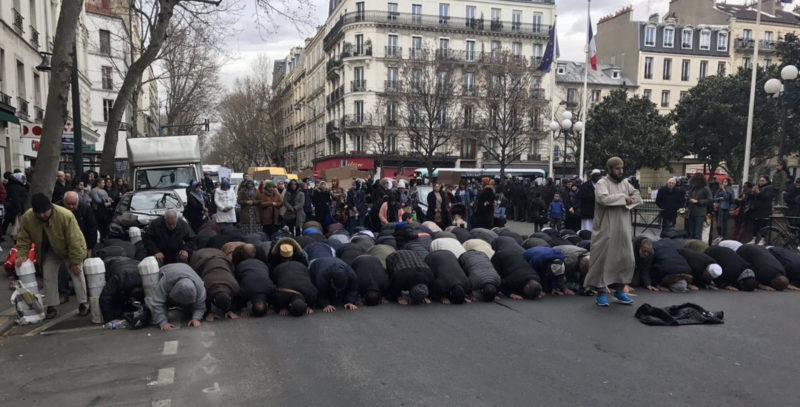 If you haven’t heard of Clichy yet, you likely soon will. The town of 60,000 inhabitants, minutes north of Central Paris, is the latest flashpoint between the secular French Republic and its burgeoning Islamic population, members of which were involved in a tense stand-off with police Wednesday morning over the closure of a temporary mosque.

The mood was extremely taut during the police operation which saw members of the mosque removed from the building, the doors of which were later soldered shut. As news of the eviction spread, crowds re-assembled in front Clichy’s town hall to demand a meeting with the mayor, their protest overflowing onto the main thoroughfare, Boulevard Jean Jaurès, blocking afternoon traffic.

The short-term lease of a public building had been agreed with local Islamic associations in 2013 by Clichy’s then socialist mayor. Two years later, in 2015, the newly elected center-right mayor announced the termination of the lease for the opening of a planned media library, setting the stage for the legal wranglings culminating in this week’s eviction.

In extraordinary scenes – particularly for a country in a state of emergency after two years of Islamist terrorism – police looked on as defiant chants of ‘Allahu Akbar’ were heard in front of the town hall and traffic was blocked by over a hundred members and supporters of the mosque staging a sit-down protest in the middle of busy Boulevard Jean Jaurès.

As the surreal afternoon unfolded, sixty or so kneeling men were led in prayer by a local imam, whilst a line of veiled women with children – some holding signs – formed a buffer behind them against the growing backlog of traffic. The rising cacophony of honking emanating from frustrated drivers stuck in traffic behind the protest failed to obscure the words in Arabic spoken during the invocation of prayers. Onlookers, many of them Muslim, observed in respectful silence. More 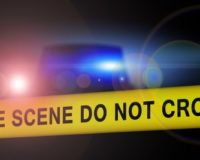 Hordes Of Demoralized Police Officers Are Quitting Their Jobs, And America’s Streets Are Less Safe As A Result
April 10th, 2021 DC Clothesline