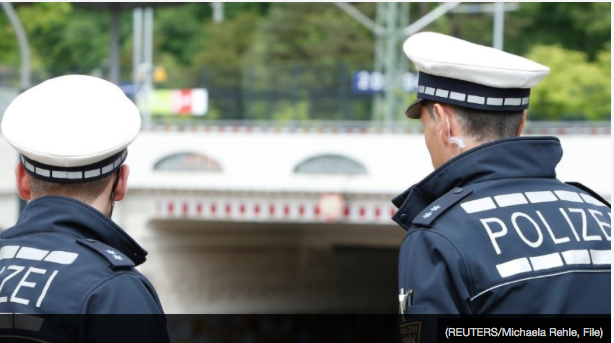 How is this stabbing not politically motivated if the attacker was shouting “Allahu Akbar!”? Hopefully the victims make a full recovery.

Police say a 26-year-old man has been detained after stabbing a picnicking couple in western Germany.

Oberhausen police say the suspect was overpowered by one of his victims, a 57-year-old man who was seriously injured in the late Saturday attack. The other victim, a 66-year-old woman, suffered life-threatening injuries.

Police spokesman Andreas Wilming-Weber said Sunday that one of the victims said the suspect had shouted “Allahu akbar!” (“God is great” in Arabic) during the attack. But Wilming-Weber said no other witnesses heard the phrase and there was “no indication of any political motive.”

The suspect, a German citizen, appeared to have been under the influence of drugs and was taken to a psychiatric clinic after questioning.

Germany has seen a number of violent attacks recently.

ISIS Terrorist Tries To Set Off Bomb, Slashes Priest When It Doesn't Go Off