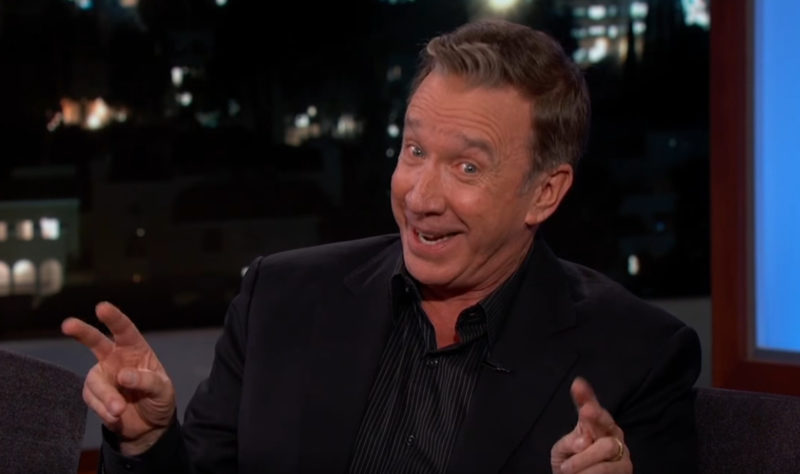 I love Tim Allen because he is a funny guy who’s never afraid to speak the truth.

He’s right if you are a person that doesn’t agree with the vast majority of Hollywood, you will be bullied and treated unfairly.

Jimmy Kimmel started out his interview with guest comedian Tim Allen on the Late Show Thursday night by asking him if he went to Trump’s inauguration. Allen seemed a bit taken back by Kimmel’s  opening question that put him on the defense, and potentially set the tone for what could’ve been a rough interview. Allen responded: “You get in this town…you gotta be real careful around here, or you’ll get beat up if you don’t believe what everyone believes. It’s like 30’s Germany. If you’re not part of the group, you know ‘what we believe is right!’” Allen was quickly able to change the subject and move away from Kimmel’s obvious desire to embarrass Allen for his support for our President. That Jimmy Kimmel…he sure is a funny guy…No wonder his ratings are in the toilet…