The Fascists are doing their very best censoring and deleting things they don’t agree with. Would Amazon delete them if they were against President Trump? I think NOT!

So Amazon admits to censoring, deleting, therefore rigging the product reviews on the products they sell! The star system is there for a reason Amazon. If you rig it for her. Then you put all your stars in question. 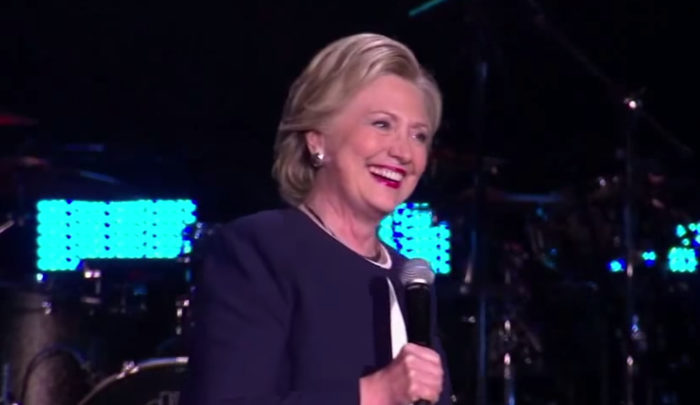 USA Today: Amazon was on the defensive end this week after receiving criticism for deleting negative reviews of Hillary Clinton’s new book.

The online retail giant acknowledged its decision to remove one-star reviews of Clinton’s memoir, What Happened, claiming they have the right to uphold reviews from legitimate customers.

“In the case of a memoir, the subject of the book is the author and their views,” an Amazon spokesperson told Fortune. “It’s not our role to decide what a customer would view as helpful or unhelpful in making their decision. We do however have mechanisms in place to ensure that the voices of many do not drown out the voices of a few and we remove customer reviews that violate our community guidelines.”

For the week of Sept. 3, What Happened is sixth on the most sold non-ficition list. As of Friday morning, Clinton’s memoir had five out five stars from 609 reviews.

ReviewMeta, a website that analyzes the authenticity of Amazon reviews, said that 25% of reviewers of Clinton’s book were “suspicious,” a designation it gives to reviewers who have only reviewed one title. More 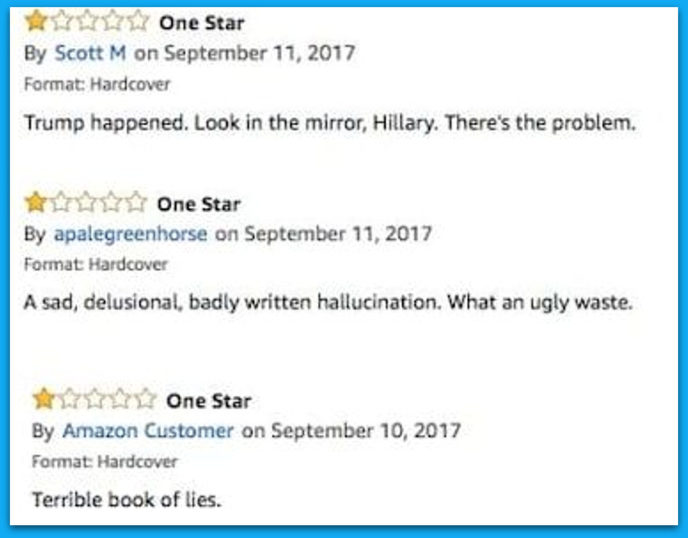 Bad reviews on Amazon are very difficult to remove if you are a seller, but the liberals can snap their fingers and presto, negative reviews disappear immediately. How is that for continuing the double standard?