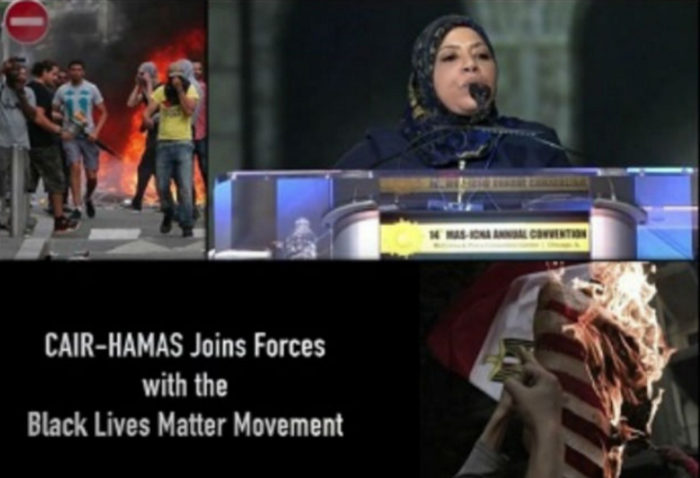 For goodness sake, someone arrest these criminals! They are destroying our Country! Doesn’t anyone in Congress care anymore?

If you thought Muslim women had no place in inciting jihad in America, think again. A prominent Muslim woman, who was born in America and hides behind our Constitution, is rallying the Black Lives Matter movement and calling for a revolution which she compares to the Islamic State. Her agenda is pure evil, and one look into her eyes reveals how dangerous this American Muslim woman is.

A video which is going viral is making big waves on the Internet. Khaliah Sabra is an American born woman with heavy ties to the  Muslim Brotherhood. In 2009, Khalilah heavily supported home-grown terrorist Daniel Boyd, who was later sentenced to 218 years for taking part in a conspiracy “to advance violent jihad, including supporting and participating in terrorist activities abroad and committing acts of murder, kidnapping or maiming persons abroad,” according to the New York Times.

Now, at a Muslim American Society event, Khalilah Sabra is calling for Muslims to join with the Black Lives Matter movement. That seems somewhat odd, but when you understand these two groups objectives, they are one in the same, bringing what they call a revolution to America. More

Obama: We Have To Be Able To Talk About Racism, Or We’ll Never Break This Dangerous Cycle