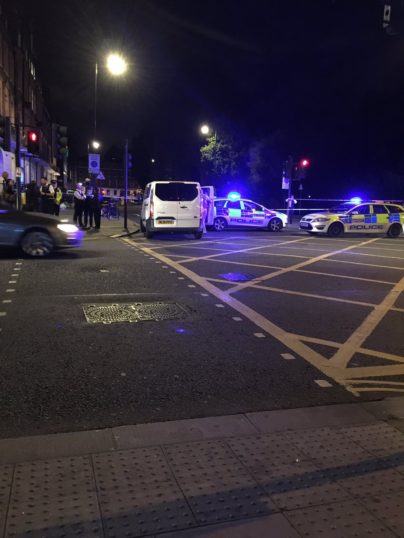 When are the gun grabbers going to start the uproar to ban knives? Why aren’t they calling for background checks to buy a knife, so a person with mental health issue can’t buy one?

A man wielding a knife in a historic London square killed an American woman and injured five people Wednesday in an attack authorities believed was possibly linked to “mental health” issues.

“So far we have found no evidence of radicalization or anything that would suggest the man in our custody was motivated by terrorism,” Rowley said.

The names of the woman killed or those injured were not immediately made public. Rowley said those hurt included a Briton, American, Israeli and Australian. None had life-threatening injuries.

Rowley said it appeared to be a “spontaneous attack and that the victims were selected at random” in Russell Square, an area of hotels, pubs and tourist sites including the British Museum.

The suspect was subdued with a Taser shortly after police responded to reports of an attack about 10:30 p.m., according to a police statement.

London’s mayor, Sadiq Khan, said in a statement that police had spoken with the man “and are seeking to establish the full facts including motives for this attack. I urge all Londoners to remain calm and vigilant.”

Two of the injured people remained hospitalized early Thursday morning while the three others had been discharged, police said. Details about the injuries were not released.

The BBC quoted a witness who saw the man being chased and Tasered. He “‘kept screaming his guts out’ and ‘police were screaming ‘stop, stop, stop.”

London’s homicide unit was investigating the incident with the support of a counter terrorism unit. The city planned to increase police presence throughout the city Thursday morning “to provide reassurance and safety,” police said.

Attacks with knives and axes have been spreading across Europe, particularly in France and Germany, with responsibility frequently claimed by the Islamic State. More