And we still have a 21 trillion dollar debt. Thank you, Democrats.

This article fails to mention sales tax, property tax, gas tax, etc. President Trump wants to get tax reform done, but the Democrats and the RINO Congress hate that idea, less money for them to waste on government giveaways…

When you pay more to support your government than you do to support yourself, you know that a severe pruning of the government is required. Anyone with a good job already knows this. What we pay in taxes could support another family and that’s exactly what is really happening. The 1776 revolution was all about taxes. Just saying. 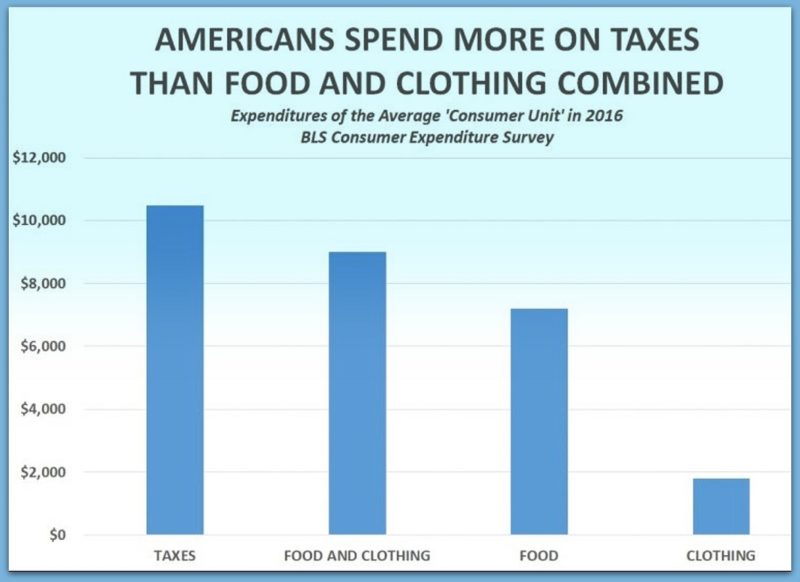 CNSNews: Americans on average spend more on taxes in 2016 than they did on food and clothing combined, according to data released this week by the Bureau of Labor Statistics.

The same data also shows that in three years—from 2013 to 2016—the average tax bill for Americans increased 41.13 percent.

The tax-and-spending data was collected as part of the BLS’s Consumer Expenditure Survey, which is conducted for the BLS by the Census Bureau. The survey measures the expenditures and incomes of American consumers.