Absolution? Does Hillary think she’s God? Wow, she is despicable and completely unhinged. Does she have any idea how insane she sounds? Hillary’s behavior since losing has been just deplorable. Just go away and take your self-righteous anger with you.

Are all women supposed to be hard left? I thought we’re not supposed to stereotype people by gender, race, etc. 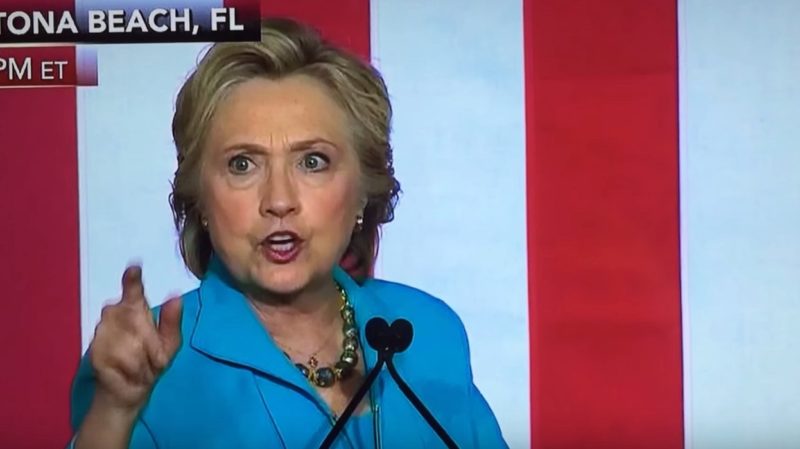 Breitbart: Hillary Clinton, in her campaign post-mortem released Tuesday, tore into women who didn’t vote for her failed presidential candidacy in November and regretted it, saying ‘these people were looking for absolution that I just couldn’t give.”

Clinton’s book, What Happened, is an angry account of how she lost to President Trump in November. Among the multitude of people/countries/events she blames for her defeat are young women who didn’t vote for her.

In the book, she talks about the Women’s March in D.C. and other cities across America as “bittersweet” as it contrasted the enthusiasm of activists with the lack of enthusiasm with which her campaign was greeted.

While she called the event “awe-inspiring on Twitter, she says she “couldn’t help but ask where those feelings of solidarity, outrage, and passion had been during the election.”

“Since November, more than two dozen women — of all ages, but mostly in their twenties — had approached me in restaurants, theaters, and stores to apologize for not voting or not doing more to help my campaign,” she writes. “I responded with forced smiles and tight nods.”

Clinton then recounts a moment when a mother dragged her daughter by the arm to apologize to the former secretary of state for not voting. She notes chillingly that the girl had her head “bowed in contrition.” But instead of feeling sorry for the girl being humiliated before her, Clinton says she wanted to pile on.

“I wanted to stare right in her eyes and say, ‘You didn’t vote? How could you not vote?! You abdicated your responsibility as a citizen at the worst possible time! And now you want me to make you feel better?’” she said. “Of course I didn’t say any of that.” More

Pelosi Says GOP Wants To Put Dreamers In Camps... Like Japanese Americans Were Interned By FDR