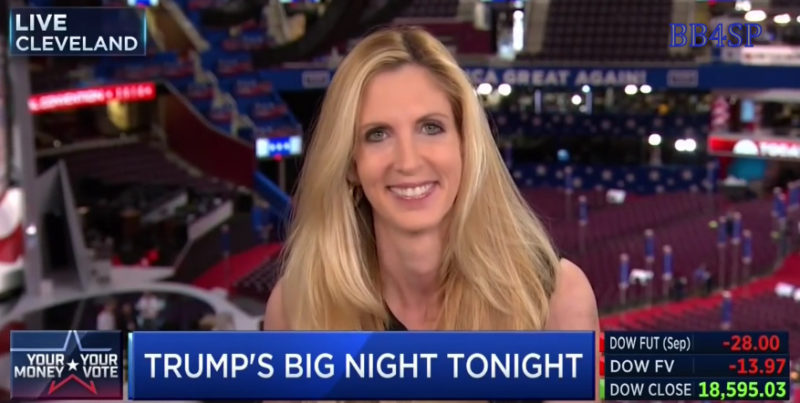 Is Ann Coulter right on or is she going too far? Comment below and let us know your thoughts.

On CNBC, she said other candidates like Marco Rubio were able to endorse Trump, while Cruz clearly isn’t able to deal with losing the Republican nomination.

“Rubio comes out and, tepid as it may be, he does endorse Donald Trump,” Coulter said. “It’s Cruz who is a little bitch who can’t get over it.” More