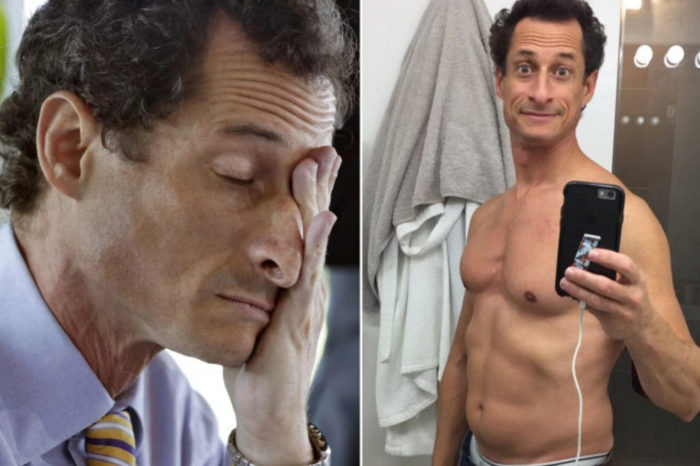 Sick, sick, sick… Carlos danger strikes again! This guy is the creepiest predator out there. Why isn’t he in jail already? There will be more under aged females coming out. This girl just can not be the only one. How much more does he need to do? They need to subpoena his phones and computers and do a thorough search.

Disgraced former lawmaker Anthony Weiner had a months-long online relationship with a 15-year-old girl, whom he asked to dress up in school uniforms and be part of “rape fantasies,” according to an explosive report Wednesday.

The unidentified high school student claimed she was a sophomore in January when she first connected with the “Carlos Danger” politician, DailyMail.com reported.

Weiner knew the girl was a minor, she and her dad told the news site.

“I thought of you this am,” Weiner reportedly wrote to her on the instant messaging app Kik, using the handle “T Dog.” “Hard.”

He sent bare-chested pictures of himself to the girl and creepily boasted about his prowess. More

When confronted with the claims, Weiner did not deny exchanging ‘flirtatious’ messages with the teen. He declined to comment on the specifics of the allegations on the record, but provided copies of two emails the girl sent him that he contends raised questions about her claims. DailyMail.com publishes them below.

He gave a statement to DailyMail.com in which he says, in part: ‘I have repeatedly demonstrated terrible judgement about the people I have communicated with online and the things I have sent. I am filled with regret and heartbroken for those I have hurt.’

The revelation comes just weeks after Weiner’s wife Huma Abedin announced that they had separated in the wake of another sexting controversy. More