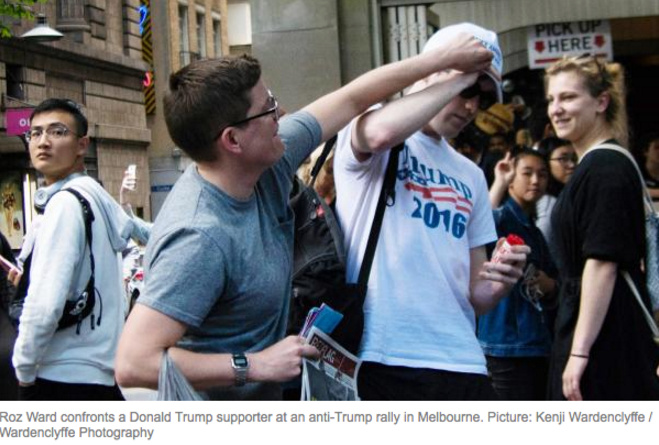 Why the heck do Australians care about what we do in the USA?

Victoria’s controversial Safe Schools founder Roz Ward has been photographed harassing a bystander while marching in a Melbourne rally protesting against the election of Donald Trump as US president.

Images obtained by The Australian show the high-profile LGBTI rights and anti-bullying campaigner trying to remove a cap from a man wearing a T-shirt emblazoned with “Trump 2016”.

Ms Ward, who is carrying ­several copies of the Marxist newspaper Red Flag, is seen smirking while the distressed man tries to pull away and shield himself from her. More

Obama: “Extremely Proud Over 8 Years, We Have Not Had Kinds Of Scandals That Plagued Other Admins”