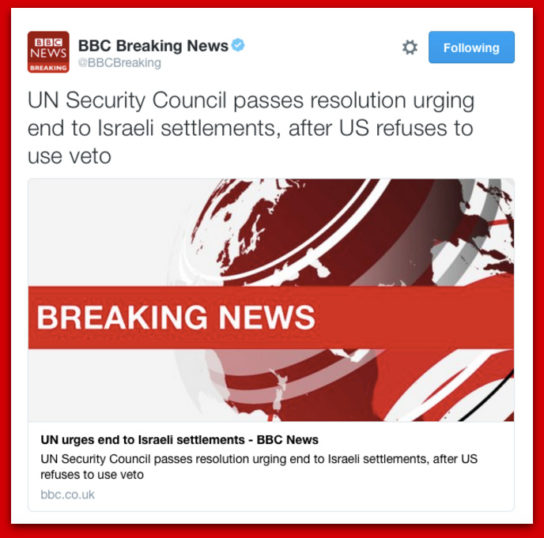 Israeli official: The Obama administration secretly worked with the Palestinian Authority to craft a “shameful” United Nations resolution behind Israel’s back. More

The UN Security Council has passed a resolution urging an end to illegal Israeli settlements, which the US refused to veto, abstaining instead.

The motion was passed with 14 votes in favour and one abstention.

The Egyptian-drafted resolution had been withdrawn after Israel asked Donald Trump to intervene but it was proposed again by Malaysia, New Zealand, Senegal and Venezuela.

The US has traditionally sheltered Israel from condemnatory resolutions. 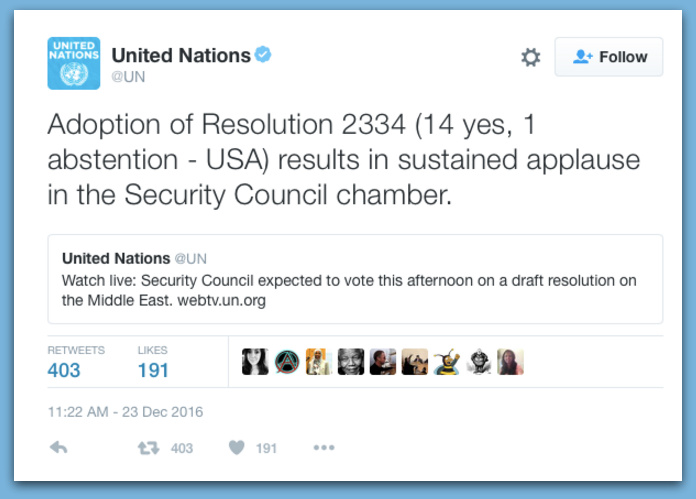 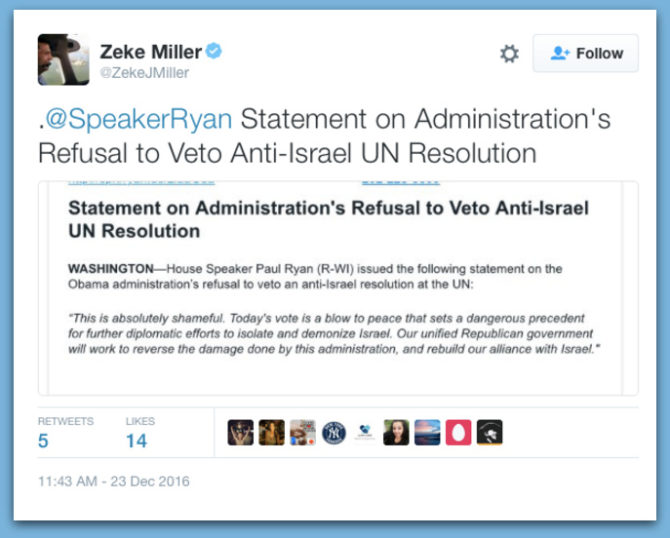