Wondering why? Hear that sound… Is that the sound of History trying to repeat itself?

I can’t believe anyone would be surprised about this. Muslims hate Jews. Import Muslims, import anti-semitism. Very simple. Of all countries, you would have thought that Germany would have strongly considered how its immigration policy would affect its Jewish citizens. This is a sad, but a predictable outcome!

NY Post: A Jewish leader in Germany says anti-Semitism is so rampant that police are needed to protect participants in public religious events. 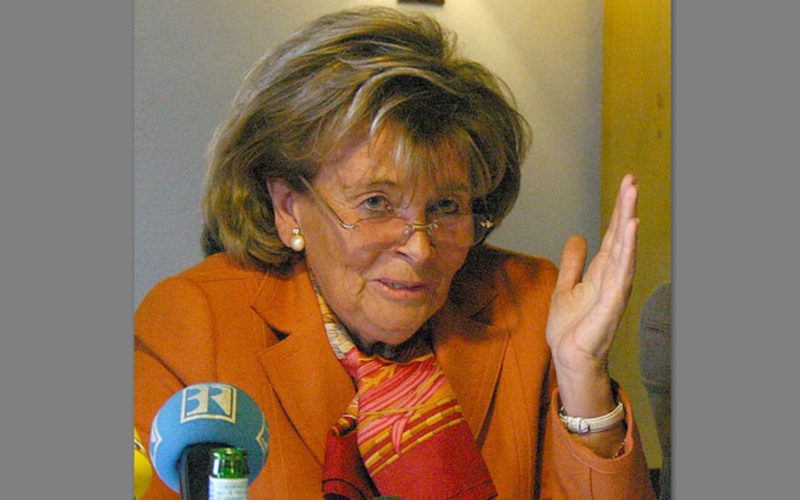 Charlotte Knobloch, the former president of the Central Council of Jews in Germany, believes that Jewish life can only be lived out “in public with police protection and under the most serious security precautions,” according to media reports.

She added, “anti-Semitism [is]in the heart of German society.’’

A video showing a German man berating a Jewish restaurant owner in Berlin has circulated online.

Knobloch said: “The hostility and threats that can be seen in the video are disgusting but not unusual.”

She added, “ ‘Jew’ has once again become an insult in German schoolyards.”

Germany 2017: Shocking and disgusting antisemitism in Berlin! A 60-year-old German man was videotaped harassing a Jewish restaurant owner and shouting things like “You will all go back to the gas chambers.”

Owner of the eponymous Feinberg’s restaurant Yorai Feinberg endured what he called a ‘shocking’ anti-Semitic attack when a 60-year-old German man insulted him outside his restaurant in Schoenberg, Berlin, on Tuesday.

Feinberg and his girlfriend Camila Thomas immediately recorded the attack after being confronted by racist abuse in broad daylight in central Berlin. The video recorded by the restaurant owner and his girlfriend was published on Facebook and quickly went viral.

According to Feinberg, the entire incident was “shocking”.

“It started with the typical Israel is a bad story. Then Trump is bad. Then go to the gas chambers, in five years you will be dead”, he recounted.