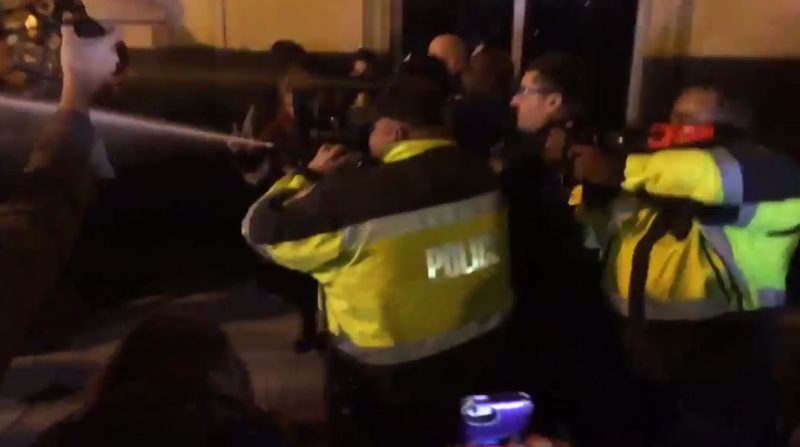 Some more cowardly mob activity brought to you by the same scumbags that brought you occupy, and election violence. Pathetic crybabies that couldn’t possibly win any fight.

Protests ramped up Friday morning in the nation’s capital ahead of the inauguration festivities for Donald Trump, with tensions flaring on the streets again after a night of rowdy demonstrations.

With hundreds of thousands expected to descend on D.C. this weekend, security checkpoints around the Capitol were already choked with foot traffic. Trump supporters at one checkpoint tried to thread their way past a group of self-described anarchists.

But the black-clad demonstrators locked arms and inadvertently tripped a Trump couple trying to pass. More