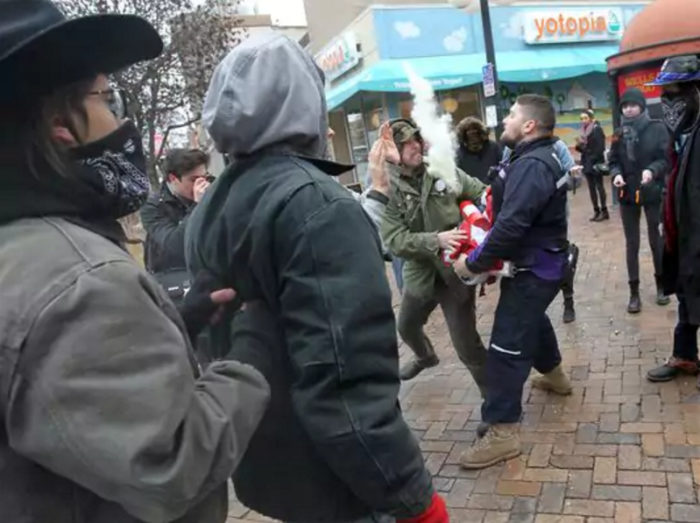 Give that FedEx guy a raise! And if those idiots don’t like this country and what it stands for leave just leave. No one is making you stay!

A group of protesters set fire to multiple American flags on the Iowa City pedestrian mall on Thursday, setting off a scuffle and heated verbal arguments with bystanders.

The flag burning was not intended to be anti-veteran, members of the group said, but instead meant to protest racial and social injustice and U.S. imperialism, they said.

“When I see the flag, I see racial injustice,” said Paul Osgerby of Iowa City. “I see social injustice from Native American genocide to African-American slavery to failing to recognize women as citizens until the 20th century.”

Still, the actions caused a scene on the pedestrian mall across from the Old Capitol Mall, as onlookers shouted and a man in a FedEx uniform, Matt Uhrin, rushed out with a fire extinguisher to put out the blaze. Uhrin took one of the flags from protesters, scuffling with a number of protesters in the process.  More