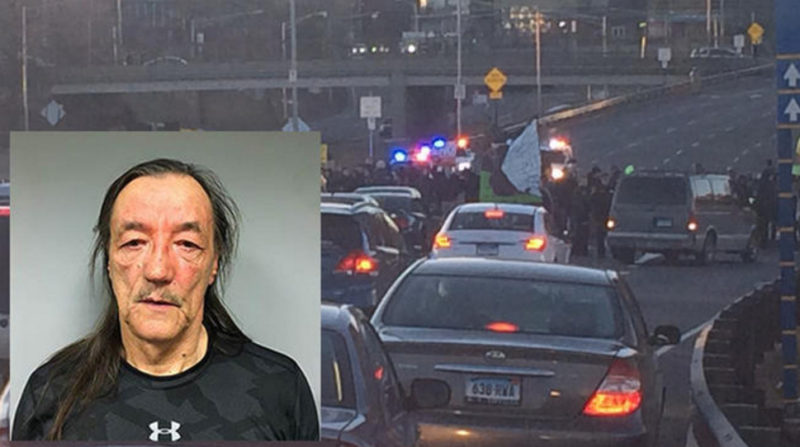 Have we had enough of this kind of crap already? Law enforcement should clear them all out and keep them out. So, sick and tired of all the George Soro’s paid protestors, rioters, criminals causing havoc.

Start blowing the horn, then slowly start moving your vehicle, and then let the force of your car move them?

If these “protesters” are going to commit crimes, they need to be treated like criminals. They need to be arrested, booked and made to pay heavy fines. Blocking traffic is a serious crime and should be treated as such. It’s time to channel Reagan and start cracking down on these Soros paid losers…

Roughly 200 demonstrators marched to Route 34 around 5 p.m. carrying a banner emblazoned with the words “No Ban No Wall New Haven,” they blocked traffic on the highway the ambulance was taking.

The protesters “obstructed an ambulance carrying a critically ill patient,” the state police report read, according to the New Haven Independent. “Due to this delay, ambulance personnel were required to perform an emergency medical procedure in the ambulance instead of at the hospital.”

One protester in particular who stood in the ambulance’s path refused to move when asked by police to do so.

“The officers tried to guide him out of the way. He pushed an officer trying to get back,” Shift Commander Lt. Sam Brown told the Independent, noting that the man was brought to the ground and arrested.

The patient’s resulting condition has not been publicly disclosed.

In New Orleans 75 Shot In January... More Shootings Per Capita Than Chicago