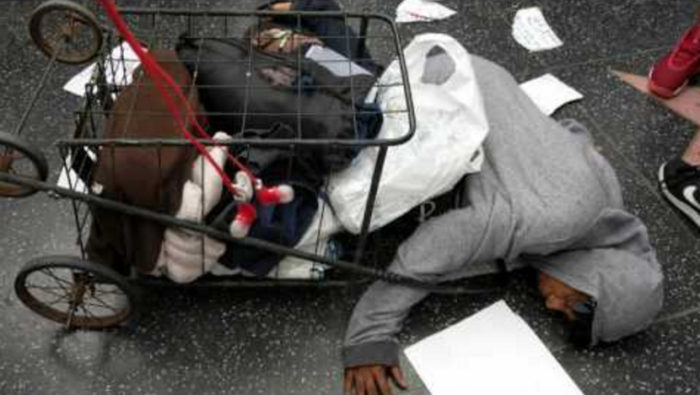 Liberals are the biggest bullies on the planet. All of their anti-bullying BS only applies to people that agree with them, anyone else is open game. The way they attack this woman is just DISGUSTING!

Take a good look at these videos as this is what America will be like under the Democratic Party rule of a Hillary Clinton presidency. We have already seen violent leftist mobs running wild under the presidency of her fellow Democrat Barack Obama and it will only get worse under Clinton. A three video series posted to YouTube shows a leftist mob surrounding, mocking and attacking a homeless Black woman supporter of Republican presidential nominee Donald Trump who was protecting his star on the Hollywood Walk of Fame after it had been sledgehammered earlier in the week by a Clinton supporter. More