Are they serious? Who are they to translate what he actually shouted? He chose his words, that specific phrase, for a reason. And you know what? So did the AP. It’s not even an exact translation, by the way.

When someone kills in the name of a specific religion, that fact should not be whitewashed. The media is totally corrupt to represent the news dishonestly. But what else is new? 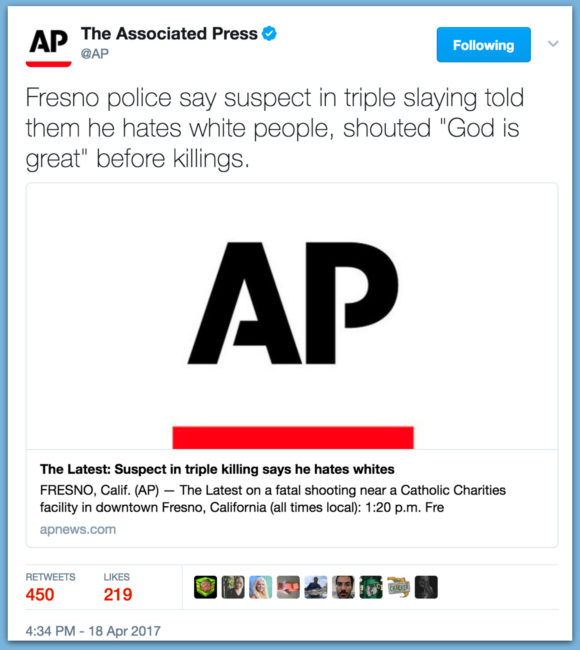 The suspect, 39-year-old Kori Ali Muhammad holds fervent anti-Trump beliefs according to his social media profile, and he told police afterward that he hates white people.

Rather than reporting the gunman’s literal words, however, the AP reported the gunman as saying “God is great.” More

He shouted "allahu akbar" but PC way of saying this by @AP is that he shouted "God is great" in Arabic… https://t.co/H4Fmnx381J