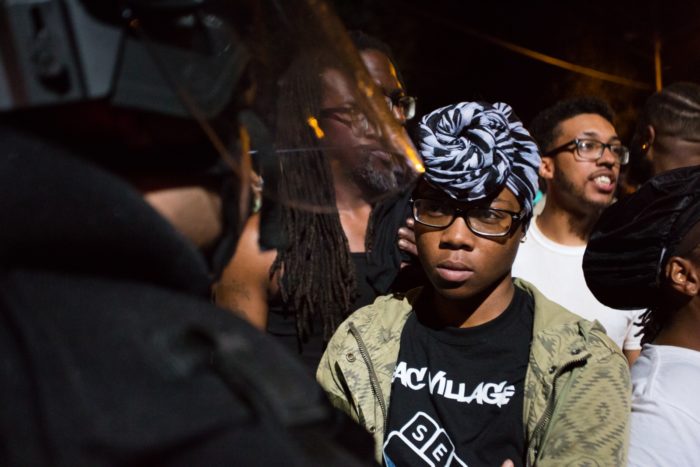 AP and other media outlets don’t care to check and see if stories are true before they run them as long as they think it fits their agenda.

The AP put up this false story, either without checking or not caring that it wasn’t true. Police and city immediately reported that the shooting in question had nothing to do with the police.

Video shows police were not involved, they were around the corner and with no guns out. A Daily Beast reporter who was on the scene saw a black man with a gun doing the shooting. Not police. None of the videos show this alleged ‘witness’ nearby.

Yet this is a ‘witness’ telling you how she saw the police do it, disrupting a “peaceful protest”. This is a great example of what happens in so many shooting cases, ‘witnesses’ like this make up stories, like ‘hands up, don’t shoot’ and media runs with it, without questioning or caring about the truth of what is said.

This tweet from the AP is still up as I write this this morning, despite being told the truth, despite being informed by me, and hours after truth has gone out through other media.

VIDEO: Rioters Beat White Man While He Was Pleading For Mercy