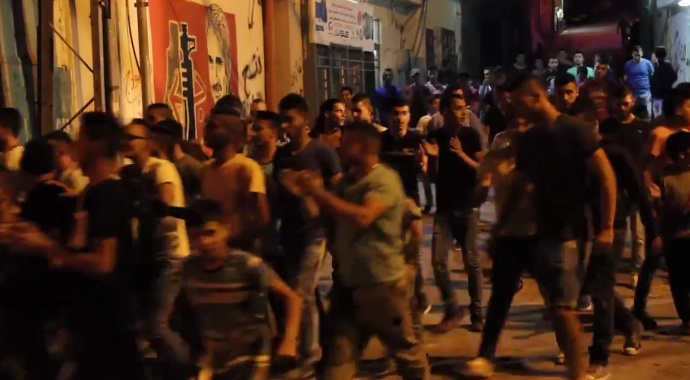 Celebrating the murder of innocent people therefore proving they’re just plain ole just evil. Raised and reared in evil from the day that they are born.

VIDEO: Arabs celebrate after 4 civilians are killed in Tel-Aviv. pic.twitter.com/d40VqYFqW0

Israel Police Superintendent Micky Rosenfeld told “On the Record with Greta Van Susteren” that Israelis will mourn those killed at the Sarona market for the next week and vowed that further action would be taken.

“Unfortunately, within the West Bank area we have seen Palestinians celebrating this attack,” said Rosenfeld. “Meanwhile here in Israel … we will be mourning for a week over the people that were lost — and we are talking about four innocent people that were shot to death, literally shot and killed at close range for no reason whatsoever.”

The attack, one of the deadliest in an eight-month wave of violence, took place around 10 p.m. local time in an upscale area of cafes and restaurants near the central military headquarters and Defense Ministry compound. A Fox News producer in Jerusalem confirmed five others were wounded in the attack and in severe condition. More