Another radical liberal judge… If the country had any real justice & honor left this judge would be thrown behind bars for abuse of power & for violating her oath.

TGP: A U.S. district judge may actually refuse to rescind Sheriff Joe Arpaio’s conviction despite the fact that President Trump pardoned him. 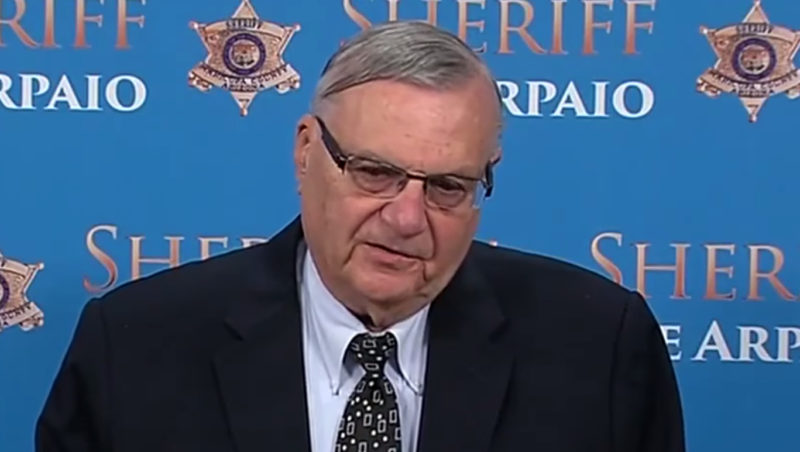 In a filing Thursday, U.S. District Judge Susan Bolton wrote she wasn’t convinced that she should drop Arpaio’s conviction, The Washington Post reported. Instead, she may only drop the criminal case and let the conviction stand–unless she can be convinced otherwise.

U.S. District Judge Susan Bolton is a Bill Clinton appointee who slammed Arpaio with a guilty ruling in July after leftist groups spent nearly a decade attacking him legally over his aggressive policies against illegal aliens.

Arpaio fired back at the liberal activist judge over the weekend.

In a Fox News report, Arpaio responded by saying, “Does she believe in the president’s pardon? I think the pardon said everything. So if she wants to do it, OK. And then we’ll appeal all the way to the Supreme Court.”

Former Sheriff Joe Arpaio is firing back at U.S. District Judge Susan Bolton for questioning whether President Trump’s pardon of the controversial lawman will be enough to throw out his conviction.

In a filing last week, Bolton said she is not certain she can vacate Arpaio’s criminal contempt conviction because there has been no sentencing yet; therefore, she may only dismiss the case. A presidential pardon does not immediately undo or reverse a conviction.

“Does she believe in the president’s pardon? I think the pardon said everything. So if she wants to do it, OK. And then we’ll appeal all the way to the Supreme Court,” Arpaio said.

Arpaio has requested the case be dismissed and the conviction thrown out, but Bolton may only be considering tossing the case — leaving the guilty conviction on Arpaio’s record.

Obama pardoned over 1,000 criminals and emptied out Gitmo. Many of the criminals and terrorists he pardoned ending up murdering people again or returning to the battlefield as Islamic terrorists. Where were these judges after Obama pardoned such dangerous people? These liberal activists are targeting an 85-year-old man who served his community for decades. Sickening.