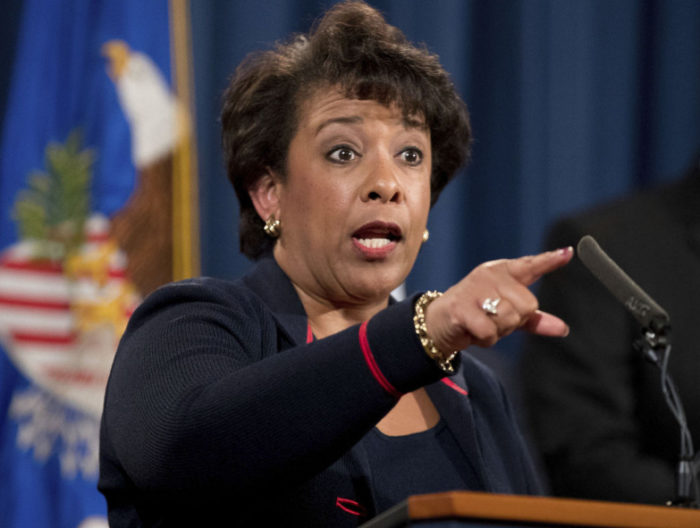 How about all the hate crimes committed against the rest of us perpetrated by Muslims? You know, mass killings, knifings, ect. ect. ect.

Attorney General Loretta Lynch on Monday acknowledged an uptick in what she deemed “unacceptable” hate crimes against Muslim Americans.

“[A]mid an increase in divisive and fearful rhetoric — we have seen Muslim Americans targeted and demonized simply because of their faith,” Lynch said from the All Dulles Area Muslim Society Center in Sterling, Va.

FBI statistics released last month show reported hate crimes against Muslims rose by 67 percent in 2015. There were 257 reported anti-Muslim incidents in 2015, compared to 154 the year before.

Lynch called the FBI numbers “deeply sobering for all Americans,” and seemed to make an indirect reference to President-elect Trump by saying it’s wrong to attack people for their beliefs. Trump has previously said the U.S. should ban Muslim immigrants until the vetting system is improved, and U.S. officials can be more sure that these immigrants aren’t terrorists in disguise.

Hah! Trump Mocks Hillary: “I Offered Her 5 Cents On The Dollar” For Her Cancelled Fireworks