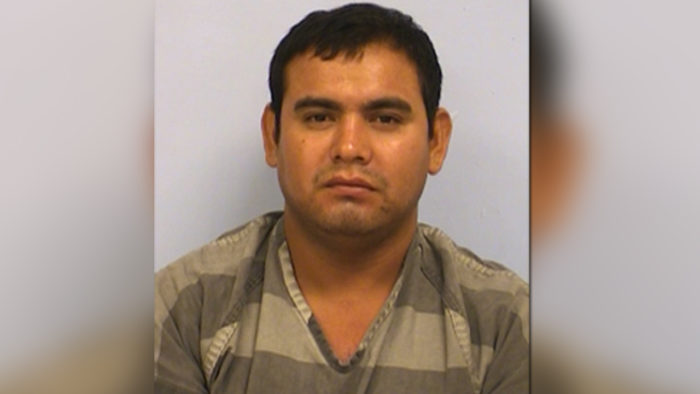 Why does he keep returning to Austin? Maybe because it is a sanctuary city. He should be locked away and never let out.

U.S. Immigration and Customs Enforcement said a man accused of serial rape in the Austin area was deported five times before his most recent arrest in August.

In one case, a victim told police he poured gasoline on her and tried to set her on fire.

Police said Coria-Gonzalez admitted he had picked up prostitutes and beat them out of anger. He is currently being held without bond on an immigration detainer.

“There’s bad, really bad people, who want to do us real harm who are coming at us from all different directions north, south, east and west,” said Immigration specialist Thomas Esparza, Jr.

“If that guy came back, he came back to do us ill, but there’s not that many people who are able to come back that often and that successfully. That’s the kind of person that even immigration lawyers are going to say, ‘You know, he should be prosecuted,’” said Esparza.

In August, Coria-Gonzalez was arrested after a woman told police he tried to set her on fire. While investigating, officers realized he had sexually assaulted several women in a secluded area off Ferguson Lane.

“Five times deported and he’s still here? What did he do the first time to get himself deported? And why didn’t he learn after the second or the third or the fourth time? But already five times?! And he’s still back?! He’s a determined son of a gun, but at some point the dance is over and so, unfortunately, the dance is going to be over for him and he’s going to be in jail,” Esparza said. More