Avenatti arrested for allegedly trying to extort $20 million from Nike.

Attorney Michael Avenatti was arrested today for an alleged $20 million extortion plot against clothing manufacturer Nike and is charged with committing bank and wire fraud charges surrounding the scheme.

This is the greatest week ever and it’s only Monday! Another grifter raised up by CNN to ‘superstar’ status swirling down
the toilet… Keep the good news coming!

A press conference is scheduled to discuss the charges against Avenatti in Los Angeles on Monday afternoon. Avenatti is due to be presented in federal court on Monday. 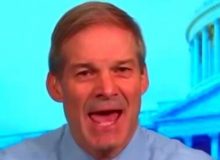