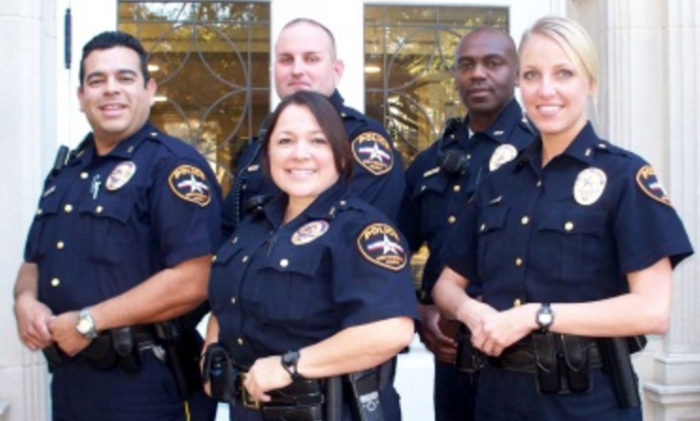 How racist is it to believe that background checks are preventing minorities from getting jobs? But those that actually have background check problems or aren’t even citizens, DOJ wants them to have guns and be police…

The report–“Advancing Diversity in Law Enforcement”–highlighted barriers to diversity within police departments, such as “the use of criminal background checks” which the researchers found “is likely to disproportionately impact racial minority applicants.”

The report also found that U.S. citizenship requirements “may prevent a considerable number of racial and ethnic minorities – many of whom have valuable foreign language skills – from being hired by law enforcement agencies.”

The use of criminal background checks, the report noted,

“Researchers and practitioners,” the report said, “have also highlighted that the use of criminal background checks, which are a regular part of the screening process for many agencies, is likely to disproportionately impact racial minority applicants since, for a variety of reasons, individuals from those communities are more likely to have contact with the criminal justice system.

“While law enforcement agencies are undeniably justified in carefully vetting and investigating potential hires,” the report said, “excluding applicants regardless of the nature of the underlying offense, or how much time has passed since an offense occurred, or without any consideration of whether the candidate has changed in the intervening period, can be a significant – and unwarranted – barrier.”