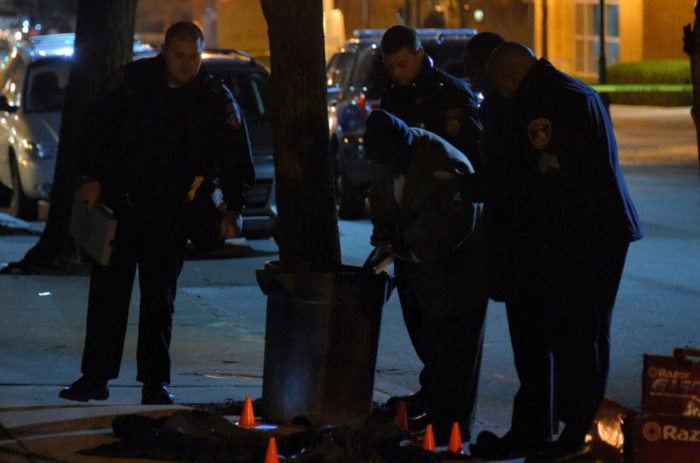 Geez, Wondering what the common denominator could possible be? A complete gun ban, like the one in Chicago, should do the trick for them!

Baltimore Sun: Baltimore had the highest increase in homicides in the nation last year, a criminologist commissioned by the U.S. Department of Justice reported, with more than twice as many extra killings as the three cities that tied for second.

The city suffered 127 more homicides in 2015 than in the previous year, Richard Rosenfeld wrote in “Documenting and Explaining the 2015 Homicide Rise: Research Directions,” released this month by the Justice Department.

Chicago, Houston and Milwaukee came in second with 61 more killings. Cleveland and Washington had 57 more.

Rosenfeld, a professor of criminology at the University of Missouri-St. Louis, evaluated data from 56 U.S. cities and found that the most dramatic increases in homicides from 2014 to 2015 occurred in cities with more than 1 million people, with high poverty rates and large populations of African-Americans.

While Baltimore had the largest increase in absolute numbers, it had the fourth-largest percentage increase.

Homicides in Baltimore jumped by 58.5 percent last year. Cleveland saw a 90.5 percent increase to lead the nation. Nashville, Tenn., was second with 82.9 percent; Milwaukee was third with 72.6 percent.

Washington finished just behind Baltimore, with a 54.3 percent increase.

Rosenfeld identifies three “plausible explanations” behind the increases: a drug market expanding in response to the heroin epidemic, an increase in prisoners being released and a “Ferguson effect,” following the deaths of young black men in confrontations with police. More