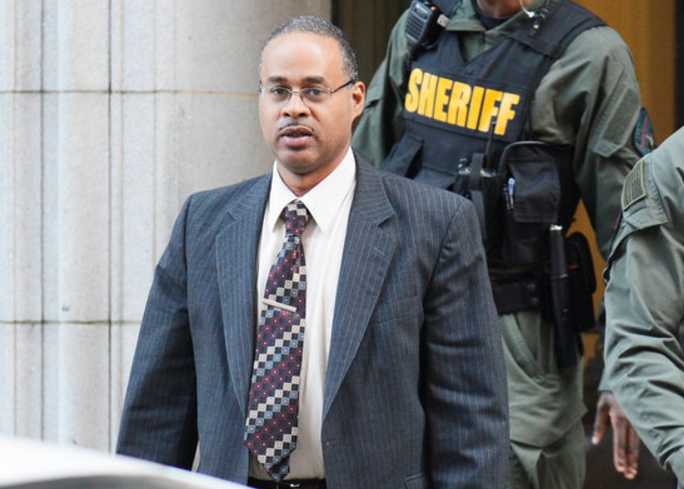 I bet the residents of Baltimore are happy that Baltimore settled with Freddie’s family before the trials started. Should Marilyn Mosby be accountable for this fiasco & be facing charges? Now they should just throw out all the other cases because this is just a waste of time.

BALTIMORE (AP) — A judge acquitted a police van driver of all charges including “depraved-heart” murder on Thursday in the death of 25-year-old arrestee Freddie Gray, whose broken neck on the way to the station set off Baltimore’s worst riots in decades.

Six officers were charged in Gray’s death, but only Officer Caesar Goodson was accused of murder. Gray was fatally injured after officers bound his hands and feet and Goodson left him unprotected by a seat belt that prosecutors say would have kept him from slamming into the van’s metal walls.

Baltimore Circuit Judge Barry Williams delivered his verdict after hearing five days of testimony in the non-jury trial. He also found Goodson not guilty of manslaughter, assault, misconduct in office, and reckless endangerment.

Protests and rioting after Gray’s death on April 19, 2015 set the city on fire, forcing Maryland to bring in the National Guard. The unrest forced the city’s mayor to abandon her re-election campaign, and the Department of Justice opened an investigation into allegations of widespread police abuse.

Prosecutors said Goodson was criminally negligent when he failed to buckle Gray into a seat belt or call for medical aid after Gray indicated that he wanted to go to a hospital. But Goodson wouldn’t talk to investigators or take the stand at trial, leaving the state with slim evidence of intent to harm.

The acquittal of Goodson, 46, is perhaps the most significant blow to State Attorney Marilyn Mosby’s efforts to hold police accountable for Gray’s death.

Last month, the same judge acquitted Officer Edward Nero of misdemeanor charges, and in December, he declared a mistrial after a jury failed to agree on manslaughter and other charges against Officer William Porter.

Time to charge HER for bearing false witness! YES!!https://t.co/D5hXRAX7TFhttps://t.co/lheReGVXmz#FreddieGray pic.twitter.com/MNe9S4byPf