Why do Democrats always put illegals before Americans? In other words, different laws for different people… So much for ‘equal’ justice under the law. Mosby hasn’t learned a darn thing. Should any American citizen charged with one of these ‘minor crimes’ turn around
and sue Mosby and the City of Baltimore?

WZ: Guess who the Baltimore State’s Attorney is? You got it, Marilyn Mosby. 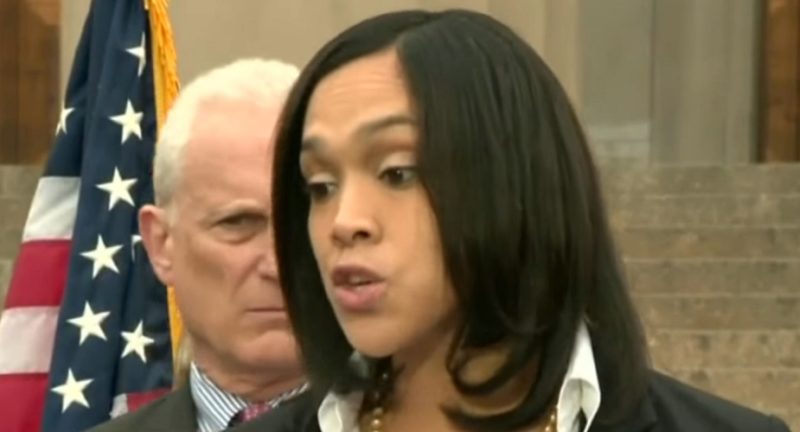 Daily Caller: The Baltimore State’s Attorney’s Office wants prosecutors to reconsider charging illegal immigrants with non-violent crimes if they believe doing so will trigger “collateral consequences” that lead to deportation.

The Justice Department’s deportation efforts “have increased the potential collateral consequences to certain immigrants of minor, non-violent criminal conduct,” Schatzow wrote in a memo obtained Thursday by the Baltimore Sun.

“In considering the appropriate disposition of a minor, non-violent criminal case, please be certain to consider those potential consequences to the victim, witnesses, and the defendant,” he added.

The memo follows a similar order from the Brooklyn District Attorney’s Office, which on Monday said it will implement new prosecution guidelines in order to shield illegal immigrants accused of minor crimes from deportation. Acting Brooklyn DA Eric Gonzalez said his office will maintain an “immigration-neutral disposition” by allowing illegal immigrant defendants to plead down to minor crimes that wouldn’t normally qualify as grounds for deportation. More

Pathetic! Police Apologize To Muslims For Using Puppy In Ad