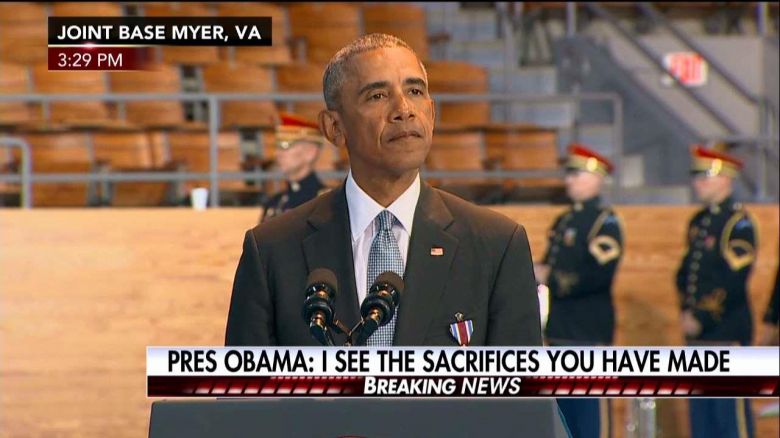 Barack Obama is delusional. Where has he been for the last 8 years? Maybe he was too busy golfing and enjoying vacations to know what was going on.

While speaking, he touted the fact that “no foreign terrorist organization has successfully planned and executed an attack on our homeland these past eight years.”

In response, people immediately pushed back against this statement on Twitter, mentioning attacks at Fort Hood, Texas, in San Bernardino, Orlando and Boston.

The White House, however, has characterized such attacks as lone-wolf attacks which were not directed or plotted by a foreign terror organization like ISIS or al Qaeda.

@FoxNews @POTUS What planet has Obama been on?? Oh yeah, I forgot that he can’t even utter the words Radical Islamic Terrorism

“No foreign terrorist org. has successfully planned & executed an attack on our homeland”

The spin job from Obama is just baffling. #POTUS

Breaking: Obama just stated “we have not had a terrorist attack on American soil in 8 yrs.’ Might be some dead & injured ppl who disagree…

America has suffered a terror attack every year under Obama https://t.co/6NIdG7PYjQ via @nypost

The “no foreign terrorist organization has successfully planned and executed an attack in my 8 years” is such a joke. #Obama

RELEVANT: Obama’s victory lap on terror comes with a lot of caveats: https://t.co/K3maS77eVY

Obama made the same statement last month in a speech described as a “victory lap” for his anti-terror policies. The Washington Examiner reported that the claim is technically accurate, but is laden with caveats.

However, there’s obviously much more to the story. The president’s remarks are worded carefully for this reason.

By framing the issue in these very specific terms, Obama can position himself as the victor in the ongoing war on terror, while also avoiding mentions of the fact that there have been several major terrorist attacks in the U.S. under his watch. The president’s remarks Friday, which are an amended version of when he claimed on Dec. 6, “No foreign terrorist organization has successfully planned and executed an attack on our homeland,” also allow him to avoid mentioning that many of the attacks in the U.S. have been linked to overseas groups.

Watch the above snippet from Obama’s speech, and tell us what you think in the comments section.