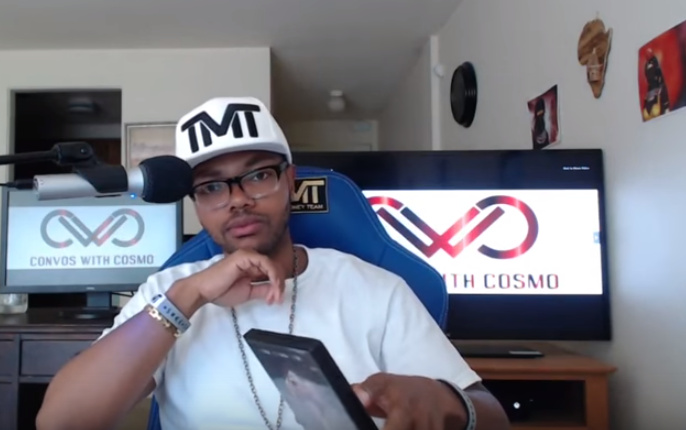 UPDATE: YOUTUBE HAS REMOVED THE ORIGINAL VIDEO 1:25 AM ET 7/18/16 NOTE THE VIDEOS AT THE BOTTOM OF THIS POST.

Less than a year ago Obama laughed-off Nation of Islam’s leader Louis Farrakhan’s call for the murder of 10,000 people. But when you have a entirely corrupt, incompetent, irresponsible, race-baiting government, I guess the only thing you can do is ask yourself: What difference, at this point, does it make?

A Youtube account operated by Gavin Eugene Long and discovered by The Daily Caller reveals key insight into what might have motivated the 29-year-old black man who killed three Baton Rouge police officers Sunday morning.

Videos on Long’s account show that he was a former Nation of Islam member. He also ranted against “crackers” and made references to Alton Sterling, the black man killed by police in Baton Rouge on July 5.

Other information about Long shows that the Kansas City native, who CBS reported was honorably discharged from the Marines in 2010, went by the name Cosmo Ausar Setepenra.

In one video filmed from Houston and posted to Long’s Youtube account on July 12, the suspected guman discusses being in the Marines and reaching the rank of E-5.

“If I would have been there with Alton — clap,” Long says in a video posted on July 14. More

New Jersey: While Arresting A Cop For Domestic Violence, Police Discover He’s Running A Meth Lab Too
May 18th, 2021 Sons of Liberty Media

Why is the CDC lying about outdoor covid transmission?
May 18th, 2021 DC Clothesline
SHARE